Jurassic World Alive is a new game by Universal Studios and developer Ludia Inc which brings our favorite Dinosaurs to the real world using AR technology. Jurassic World Alive is similar to Pokemon Go in some ways but has a lot of things different also, so if you are starting new this guide will help you get started in the game.

Once a player is done with the sign sign-up, they will notice that on the outlook it like any other AR game, with a map on which there are pillars as supply drop box and dinosaurs all around them scattered randomly. But this is where the similarity ends with Pokemon Go, players do not catch the Dinosaurs but collect their DNA using a drone which is used to target and the Dinosaurs with darts. 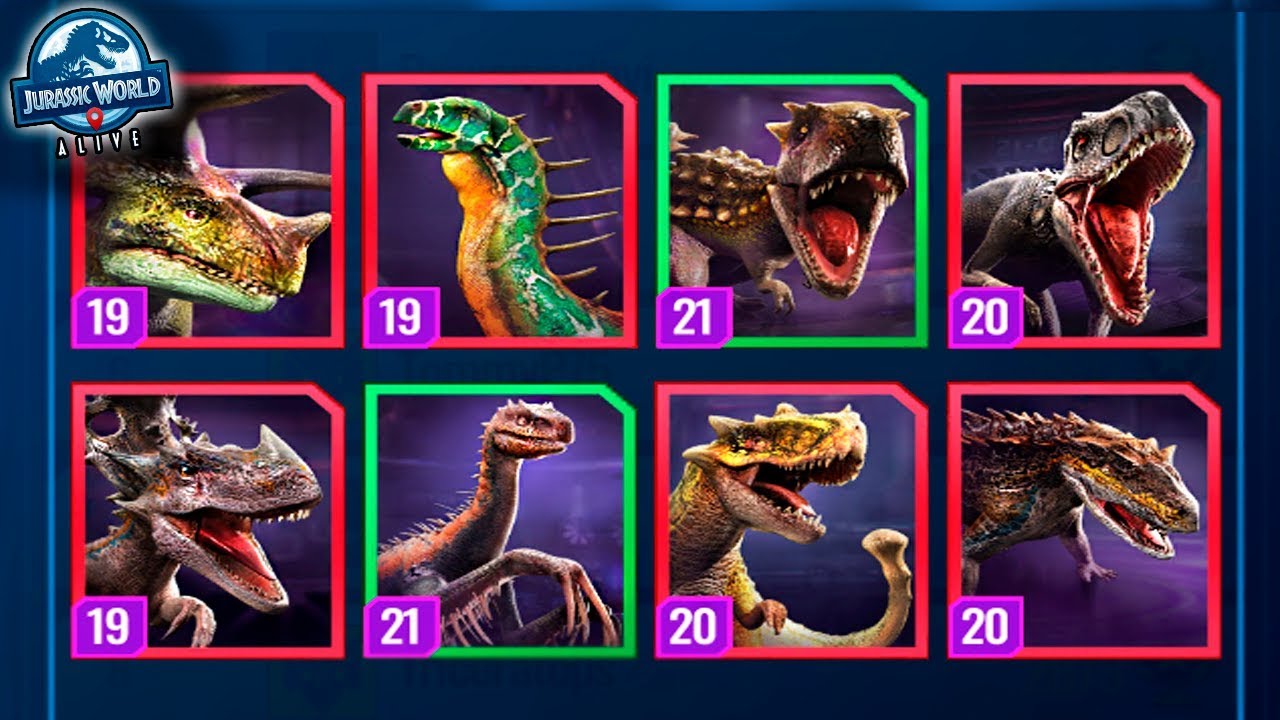 A player gets a starting Dinosaurs, but after that, they have to collect DNA and create dino in order to add them to their team. To view, your team click on the dinosaur icon at the bottom and it will show your team at the top after that all the other dino that you have created but are not in your team and after that info about all the other dinosaurs which you have encountered and are collecting DNA can be found.

You change the Dinos on your team using the modify button at top right corner. To start fighting you need at least 4 dinos in your team.

Most low-level common dinosaurs only need 50 DNA to create, while rarer dinosaurs cost 100 or 150 DNA to create. In most cases, a rarer monster is indeed more powerful than a common one, but not always.

A good indicator is the amount of DNA needed to evolve or create a dinosaur. If you’ve sunk 250 DNA into leveling up a dinosaur, it will likely be stronger in battle than a rarer dinosaur that costs 150 to create.

It has a turn-based system which is way better and engaging then what we have in Pokemon Go. A player can choose a team of 8 Dinosaurs (after you have a least 8 of them) of which 4 are chosen at random.

A dino has 2 or 3 types of attack available to it, which can be used accordingly. Normally special or power attacks have a cooldown period, so cannot be used continuously.

A player has to defeat 3 dinos of your opponent in order to win.

Other useful information and tips

Anti Tank: Gorgosaurus, Dimetrodon, Tanycolagreus etc (Anything that bites away at armor)

Speed Controllers: Stegosaurus, Apatosaurus etc (Have moves that can slow down enemies, good for Lucky dinos and Glass Canon)

General all Rounders: Deinocheirus, Purrusaurus etc (Just good all round to have, can’t go wrong with having them)