How to Defeat And Catch Moltres

Following the release of Articuno in Pokemon GO, Niantic is poised to unleash the next legendary bird in the series, Moltres. This Phoenix-like Pokemon will be a strong flying- and fire-type fighter to add to any trainer’s arsenal. Assuming they can take him down. To make sure you’re ready to square off against Moltres in a Battle Raid, you’ll want to prepare your squad for Moltres’ strengths and weaknesses.

Articuno says goodbye on July 31 and then it is time for the team Valor bird to rotate in. As with other Pokemon GO legendary Raids, players will be more successful in defeating Moltres with a group of eight to 20 trainers. With his expected CP hovering around 30,000, players will want to set a strategic lineup before heading into battle against this legendary bird.

With weaknesses against electric-, water-, and rock-types, let your fire-type Pokemon players sit this one out. The recommended Pokemon for fights against Lugia and Articuno apply to this raid boss as well. The rock- and ground-types Golem and the Tyranitar with Stone Edge will be strong choices. With double weakness against rock, the Stone Edge ability is a huge advantage in this fight. Stack your team with rock-type Pokemon for the best chance to take this bird down.

Fight back against the water weakness with hard-hitting water-type Pokemon with the Hydro Pump move. Add your hard-earned Gyarados with Hydro Pump to your lineup for major points. Also try Vaporeon and Feraligatr for a strong water-type team. If you haven’t completed the quest to evolve Magikarp into Gyarados, you can get creative with your water-type slots and try Pokemon like Kingdra or Lanturn. Lanturn also hits Moltres’ third weakness — electric. To fill in any remaining spots in your lineup, throw in your biggest electric-type Pokemon. Electabuzz, Jolteon, and Raichu are solid options to play against Moltres’ electric-type weakness. 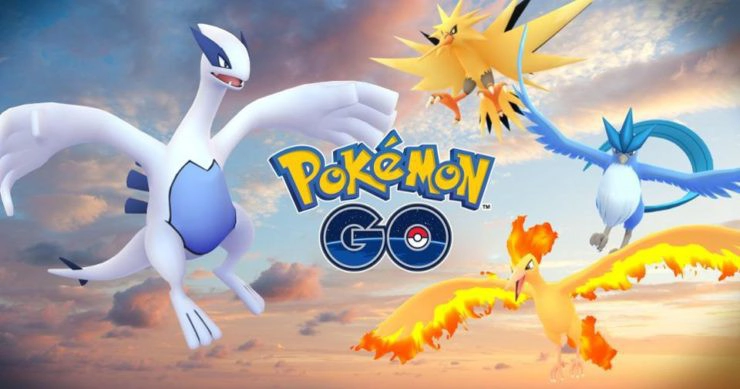 Moltres can most easily take down these types: grass, fighting, bug, steel, and ice. Unfortunately, your newly acquired Articuna won’t be a heavy hitter in this battle. Other Pokemon you may be tempted to use but should avoid in this fight are Lapras, Scizor, Heracross, and Venusaur.


To catch the Moltres after he has been defeated, players are given golden berries and premier balls, just as they were with Articuna and Lugia legendary raids. The catch rate is low for these legendary Pokemon, but tossing the Moltres golden berries before each attempt greatly increases the chance of securing this Pokemon.

Grab your raid pass and head into battle between July 31 and August 6 to take down a Motres. Good luck, trainers!