Love Harry Potter? Love Pokemon? We know what kind of team you put together when you start up a new Pokemon game based on your Hogwarts House!

Here at Viridian Forest, we don’t reserve all our love for Pokemon. There’s plenty to go around, and we’re also huge fans of Harry Potter, so much so that we went over to Pottermore and got ourselves sorted by the Sorting Hat into our Hogwarts House (Hooray for Hufflepuff!) Perhaps you, like many other Harry Potter fans, have done so too, and are now wondering (as we all must) what would happen if you brought your beloved Pokemon team to Hogwarts with you? You know, if they got rid of the weird magic-technology mess that happens around the castle.

“You might belong in Gryffindor, Where dwell the brave at heart, Their daring, nerve, and chivalry Set Gryffindors apart;” 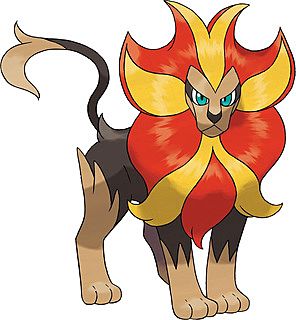 As you might be able to guess, Gryffindors favor Pokemon that can get the job done with powerful moves and little strategic fuss. That doesn’t mean they just meat-headedly pick whatever strong Pokemon wanders in–it takes serious planning and attention to groom a powerful team that can smash through competitors, even when those competitors bring their A-game strategies. Some Gryffindors might go through the entire game only using one or two Pokemon, but those Pokemon are trained well and to their maximum potential, sealing strong bonds between monster and trainer and bringing out true power.

Though Gryffindors will use any Pokemon type that suits them, they tend to favor high power types such as Fire, Fighting, Rock, Ground, and Dragon. They will almost always evolve their Pokemon fully when given the first opportunity and will make liberal use of TMs and HMs to teach stronger moves to Pokemon who might not learn them naturally.

“You might belong in Hufflepuff, Where they are just and loyal, Those patient Hufflepuffs are true And unafraid of toil;” 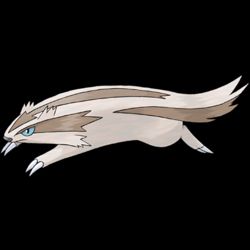 As a Hufflepuff myself, I’ll spring to the defense of my house in an instant whenever anyone tries to mock them. Hufflepuffs aren’t losers, folks. They are kind and loving and embrace everyone. They’re artistic, cozy, and fun-loving. They love good food and good company, and they love good Pokemon, too.

Just like their founder, Helga Hufflepuff, Hufflepuffs will take any type of Pokemon onto their team regardless of its strength, type, or appearance…though they have been known to have a soft spot for cute Pokemon, or those who tend to be weaker. Their caring hearts embrace any Pokemon, especially those who are used less often, so you’ll often see Hufflepuffs with unusual team compositions. But because Hufflepuffs will do anything for their beloved teammates, they’re the ones who will do the research to determine how to make their Pokemon stronger and viable in battles if that’s what they want to do, and will often come out of nowhere with a strategy you’ve never seen before.

Hufflepuffs don’t usually plan their teams before starting a new Pokemon game. Rather, they happily catch whatever suits them and learn as they go. Even though they’ll take any type, you often see them with Grass, Bug, Water, and Normal types.

“Or yet in wise old Ravenclaw, if you’ve a ready mind, Where those of wit and learning, Will always find their kind;” 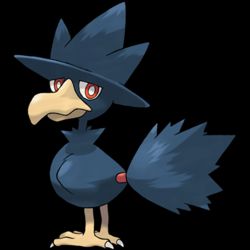 It won’t surprise anyone to hear that Ravenclaws plan their Pokemon teams extensively months in advance of a new game coming out, filling notebooks with lists of ideas as they try to balance typing, movesets, and strategies. Ravenclaws are frequently competitive players, using IVs and EVs to great effect as they breed their Pokemon to craft the perfect team. Even if they’re not, they still can rattle off to you exactly where they will catch their ideal Pokemon team for their playthrough and are willing to spend several hours in tall grass pursuing rarer monsters just to make sure their strategy is water-tight.
Ravenclaws don’t always choose the Pokemon with the heaviest firepower, but instead favor teams built around a specific strategy. You’ll often find Ravenclaws using items, stat boosts, and status effects in battle, and will need either incredible power or a better strategy (unlikely) to get around their well-laid plans.

Ravenclaws favor any type of Pokemon suitable to their strategy, but they will frequently befriend Flying, Psychic, Electric, Steel, and Ice types outside of battle. They love to match wits with their Psychic types, especially.

Or perhaps in Slytherin you’ll make your real friends. Those cunning folks use any means to achieve their ends. 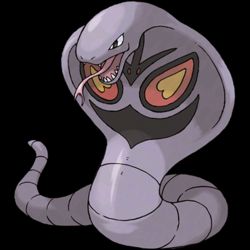 People stereotype Slytherins as “evil,” but that doesn’t have to be you. Slytherin isn’t made up of exclusively Team Rocket executives–not even mostly! Instead, Slytherins understand that self-preservation has to come before other priorities. You can’t save the world if you’re dead, after all. Their Pokemon teams reflect this pragmatism and adaptability, too.

Slytherins rarely keep their team the same throughout a game or, if they do, they frequently change moves, items, and strategies. Slytherins are opportunists, and if they see a Pokemon that works better for their ends, they’ll swap them in, even going so far as to keep extra Pokemon on the bench in the PC to use for specific gym battles or competitions. Like the Ravenclaws, they put a lot of thought into their teams, though they prefer to leave the work to the experts and reap the benefits so they can spend more time with their beloved Pokemon.

Though like any other trainer, they’ll use whatever Pokemon works best for them, and though the “evil” stereotype is flawed, Slytherins do gravitate toward “darker” Pokemon such as Poison, Dark, and Ghost-types. The exception to this is their love of Fairy-types. Gryffindors have the dragon thing down, so with the introduction of the Fairy-type, the opportunist Slytherins saw a perfect opportunity to crush their rivals.