Team Go Rocket battles can be quite difficult and tricky, so you need to have a team that has good counters to them. You can know what kind of Pokemon the Grunt will have from their dialogue.

Team Go Rocket randomly and independently selects one Pokemon from each of the lists below to build a team, which are sent in the same order.

Pokemon in Green Box has a chance of being captured after the battle.

The Team Go Rocket grunts dialogue indicates the strongest Pokemon, not the one you can catch.

Keep your eye in these dialogues: 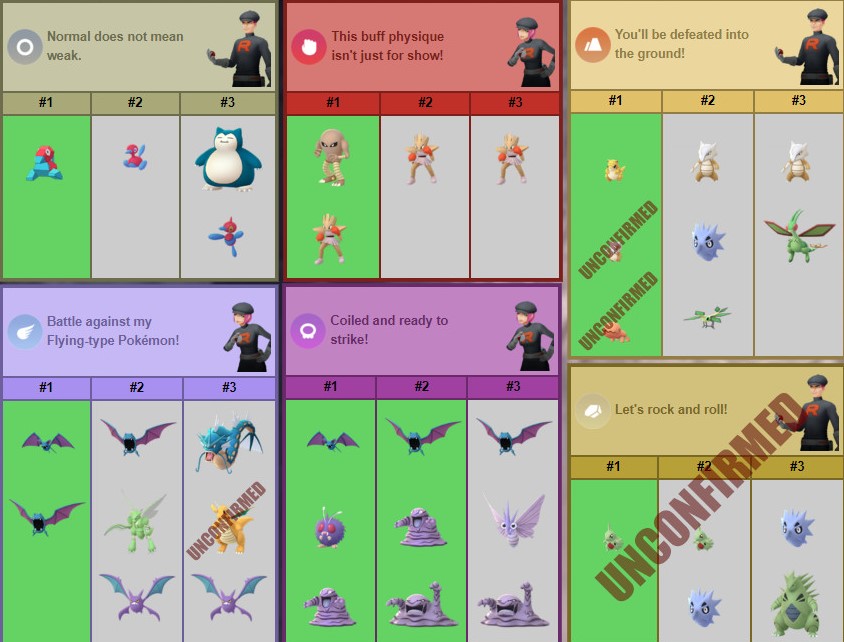 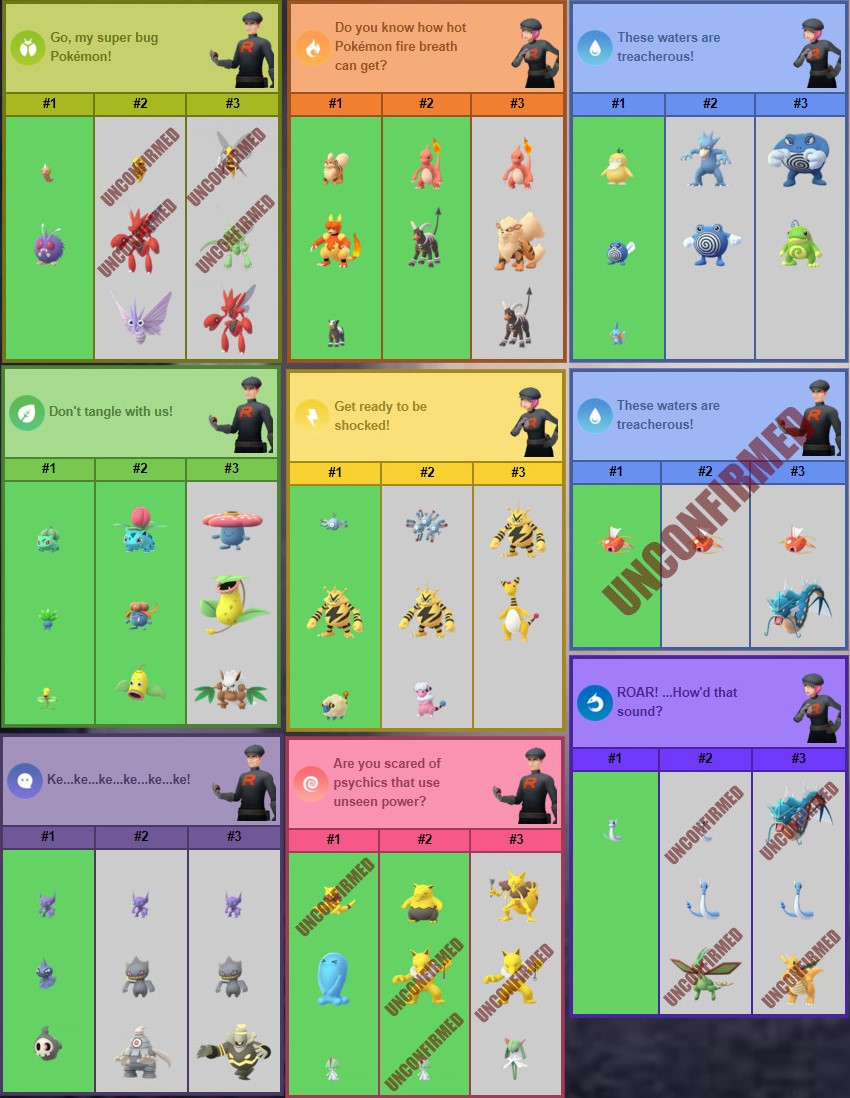 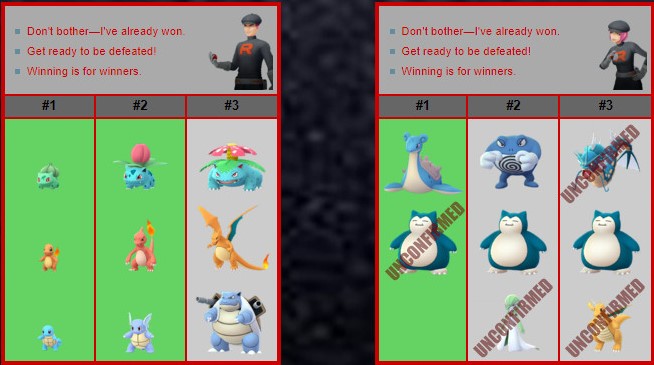 You can find the detailed guide here.