Today we will be going over a guide for Pokémon Masters to get you prepared for when the game launches globally!

Before that, a quick way to get 600 free gems is to sync your Nintendo account to the game we recommend it so you can save up to summon!

Be warned, only link the game after the global launch, linking it before official global release can cause location problems that could lead to the banning/deletion of the account.

You can start grinding for materials as soon as you finish chapter 2.

Used to level up Sync Pair. 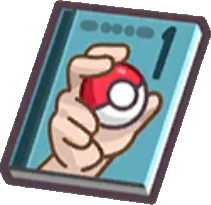 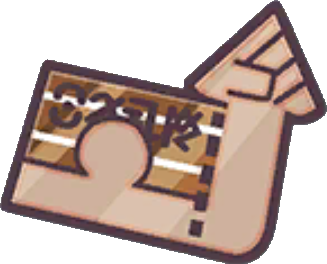 Obtained after maxing sync move level of a trainer and getting additional dupes.

Used to increase the level cap and unlock moves of Support type trainers. 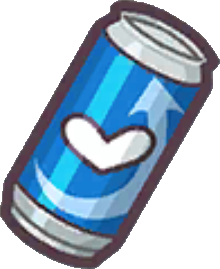 Used to increase the level cap and unlock moves of Strike type trainers. 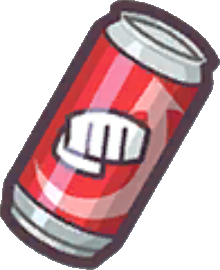 Used to increase the level cap and unlock moves of Tech type trainers. 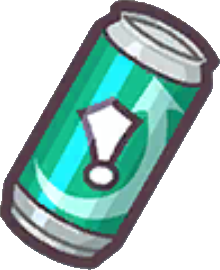 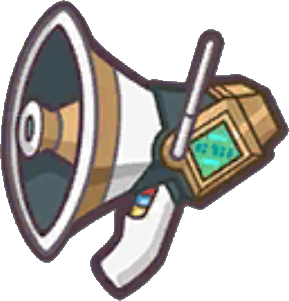 Exchange in the shop for Coins. 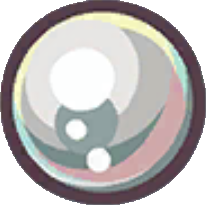 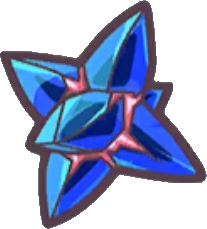 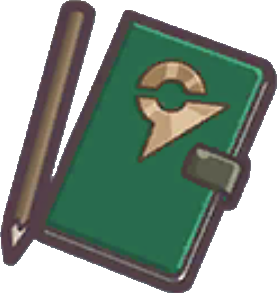 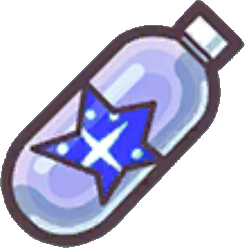 This is a list of all sync pairs currently in the game.

None at the moment.

First off we will start with Crystal’s long-missing female protagonist! She is one of the best if not the best-attacking unit, she has high physical attack and one of her passives further helps her stand out as it turns Mega Kick into a water type move. She strongly benefits from teammates that can boost her Attack stat even further.

Johto’s Elite 4 member is the best unit in the game in a team alongside Rosa. Her Houndoom is already strong, but when it Mega Evolves with her sync move gets an even greater increase in power and an AOE move which makes farming and rushing stages super easy. Her trainer skills are also basically designed to boost Mega Houndoom’s power.

Hoenn’s Elite 4 member’s kit overall is really good, especially in co-op as one of her skills creates amazing team synergy by taking hits to herself. Her 1 gauge move is also guaranteed to never miss which might be advantageous in specific stages.

Norman’s son and Hoenn’s male protagonist is a mixed attacker that is already a beast despite being unevolved. His second trainer move increases his own stats based on the amount of gauge consumed making him a good option to use with trainers that give Gauge such as Rosa.

Now we will be going to take a look at the free Sync pairs you will be getting in your adventure in Pasio!

Some other units you might wanna invest in from this chapter are Protagonist and Misty.

Barry is a really good F2P DPS he goes along pretty well with Rosa. His first trainer ability full heal is great for stages where your opponent abuses abnormal conditions, while his second one greatly increases team speed, making him a good addition for speed-based teams.

Although Flannery may seem lackluster, she is able to use will o wisp and abuse her Sync move as it powers up when your opponent is burned, making her ideal for fights against Grass types early on.

The Flying Gym leader of Unova is hands down one of the best free units in this game mainly for her ability “Take flight,” which lets her raise her allies defense and speed which is really helpful and lets your units tank a lot, while synergizing well with Rosa and one other free sync pair we have yet to talk about.

The Mega Evolution expert Korrina is pretty good, her moveset has both special and physical attacks and her second ability increases team speed allowing you to spam moves faster. However, the best part about her is her sync move! “Give it all you got power-up punch,” lets her mega evolve her Lucario into Mega Lucario drastically increasing its stats and powering up its basic move.

Brendan’s father Norman is overall an ok unit with a decent passive which powers up moves but there are better options. His body slam is pretty good, while his first skill is the same as Rosa’s but weaker.

The Ice Cold Gym Leader isn’t bad and will help you especially if you’re having a hard time with ice weakness stages since his passive boosts ice type move and his ability help with that as well, despite his stats being overall low.

The Dragon Master and Unova Champion Iris is a glass cannon as she has a high attack while having a low defense, and her abilities further increase her attack stat. Being the first Dragon-Type you get, her Haxorus will help clear any dragon weakness stages.

The Alolan Kahuna Hapu closes a gap in your team as she is the first Ground-type you get.  Her second skill drastically increases both her attack and defense allowing her to be used as a defender and an attacker thanks to her first skill. She is best used after unlocking all her attacks.

The main Rival in the Alola Region is the best F2P DPS in this game. His discharge move deals high damage to the whole enemy team. He is great on a team with Rosa and Skyla, as well as with anyone that increases his special attack stat.

One of Sinnoh’s Elite 4, Flint isn’t the best DPS since Hau has a much better kit, but he has his uses. If you need a stronger Fire user than Flannery and can help with the Brendan super course if you are having trouble.

In the final chapter of the demo. you get the dragon gym leader of Johto, Clair!

She is really good as a unit since her skill can cancel out her debuffs and give herself increased crit after using Draco Meteor, but this is usable twice only. Her X Special Attack buffs her attack even more and she is great on a team with Rosa.

While Whitney is your first four-star besides Barry, she probably won’t see much usage as Miltank is normal type and in the early and especially late stages, type advantage is important. That being said, her skills increase the team’s speed and her own attack, but this also done better by other characters, such as Barry or Korrina, etc.

In this part we will go through the basic battle sequence of Pokémon Masters, afterward, advanced advice, recommendations will be given, explaining how aggro/tanking works, what to watch out for, etc.

First off, how does battling work in this game? Let’s say 6 players are playing the game. We assign a number to each player from 1 to 6.

Then let’s assume everyone clicks “tackle” and let’s say the order by which they clicked was 5,3,2,4, 6 and 1, where player 5 was fastest and player 1 was slowest. In this scenario Player, 5 will use tackle, then player 3 will use tackle and then player 2 can tackle, etc.

After using a Sync Move, the same character can then queue another move which means a battle sequence can look like this. 5>3>2>4>1>5, allowing 5 to take the earliest spot available in the order if his previous move was the Sync one.

While this looks turn-based, if you are idle/afk the game will go on without you as only the moves are ordered, the actual gameplay is real-time.

In this game, the enemy AI,- will focus a certain formula.

Here is a picture as an example.

The enemy would first focus on Serperior, then Dusclops and finally Houndoom.

This is important to know as you have the option to raise your units level. In a scenario where your Dusclops and Serperior were level 55.- while Houndoom was level 100 because you just wanted to max your Houndoom for max damage, as he is a striker, while the rests are as support. Then Houndoom will be focused first and you may lose your damage output. So via this formula, you can always figure out how strong your attacker can be before enemy AI decides to focus them first.

This section is about what you can expect from this game, and how you should approach it. This will be split into 2-sections. Casual and Grindy.

Being new to this game, or having played a few hours and still making your way through the story, you will realize that you are slowly and steadily leveling your team up and that it takes a while to get to high levels.

Once you have unlocked the training field, and it’s level up courses this will easily improve. In the Level Up course, Stage 3 you will receive a level 3 XP book every time. A level 85 Pokemon needs exactly 27 Books to hit level 100.

A low leveled Pokémon will easily jump levels to be usable in no time with just a few books.

At any point in Pokémon Masters, there will be Super courses, so far there has never been less than 2 at once. These Supercourses are a tough challenge.

But completing them gives a lot of rewards. These come in three difficulties: Easy. Hard and Very Hard.

You can complete each of the difficulties in a Supercourse 3 times per rotation. You can try as many times as possible so there’s no problem if you fail.

The casual approach is to make you clear all these courses every time they show up, as they will give you all the materials you need to further develop your trainers. It might take you a few days.- but with the levels of 75/80/85 you can complete every Supercourse.

Since leveling multiple trainers is an easy task to this point, over time, it would be possible for you to cover almost every type advantage, which will significantly make it easier for you to go through the Super courses. So by completing Supercourses every day, you will most likely end up with a full team of level 100 Pokémon.

If you are impatient and can’t wait for the Super courses to pop up every day, this game has no stamina system, meaning you can play as much as you want. So you can keep doing the basic courses which, while not as efficient as Supercourses, can be repeated endlessly and easily with autoplay. At this point in time, we do Not Recommend this as there is no content in the game that requires your pokémons at LVL 100 and it will most likely stay like this until the official release.

Q: What is the release date for Pokémon Masters?

A: There is no confirmed release date, but the most tentative one at the moment is August 29th.

Q: Is the game in maintenance?

A; If your game says it’s in maintenance, most likely you’re not using VPN or your VPN is not working. You need a working VPN to Singapore to play the game.

Q: Does Pokémon Masters have PvP?

A: No, Pokémon Masters is PvE and Co-Op PvE only, for now, and DeNA has said they most likely will not add PvP.

Q: How can I unlock my Sync Pair’s level cap?

A: Finish Chapter 4, go to Training Area, last mission is Special Training, complete that and Level uncapping will be unlocked in the Pokémon Center.

Q: How can I increase my Sync Pair’s stars?

A: Once you get 5 dupes of the same character, the following dupes transform into Power-up cards. Each dupe is one Power-up card. You need 20 to increase a Sync Pair’s stars. Star-up is whale only at the moment, but this is likely to change on full release.

A: Finish Chapter 10 and Interlude 1.

Q: What pokémon evolve in the game?

A: Only Totodile, Seel and Snivy evolve at the moment.

Q: My game now sends me to the Pokémon Center after every stage, why?

A: You completed Chapter 13 Blue Co-Op Mission so your game is bugged. No known fix at the moment.

Q: How do I complete Get Stronger with Gear to unlock Very Hard Co-op?

A: This is not possible at the moment, as we do not even know what Gear means. This is something that will be at full release or possibly later.