I am willing to call Pokemon GO’s raid a rousing success, given the fact that I just walked down the street and fought a tier 4 Rhydon with five other random people, which I would not have dreamed in a million years would happen a full year after launch.

Raids are definitely the most engaging activity Pokemon GO has seen to date, and Niantic will look to build on their success as time goes on. One way they’re going to do that is to start rotating through raid bosses, though how often they’ll do this remains unclear. I’m also not sure if it will be a full rotation, where Pokemon will be totally subbed out, or if they’ll just throw more in the pool. My guess is the former, given that finding a specific raid boss would get way too hard if there are suddenly dozens to choose from.

The obvious question is which Pokemon will step up to the plate and be the next raid bosses in the game. While there are ~240 Pokemon in the game, not all of them will be raid boss material, so I thought I’d go through and pick out the ones I think we might see rotated in. Please note that Niantic hasn’t confirmed any of this yet and these are just my personal choices, though I will say on their support page they are already showing Ninetails and Dragonite as raid bosses, so those two are definitely on the way. 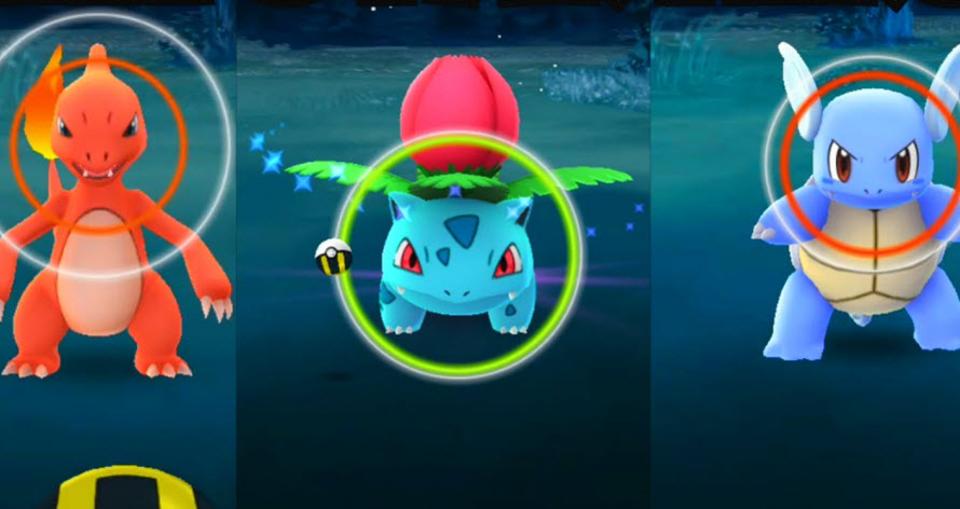 Wartortle, Charmeleon, Ivysaur – This just makes sense given that the mid-tier Gen 2 starters are bosses already, and this would be a good way to get high IV Gen 1 starters with a lot of bonus candy toward full evolutions.

Wigglytuff/Clefable/Togetic – Why fairy types? They’re nice and friendly and seem primed to be put in Tier 1 as not-so-scary bosses. For many they’re also pretty rare, so catching these evolutions would be valuable for some.

Dratini – Replacing Magikarp is a low-level Pokémon you eventually want into a monster would be Dratini, which would be even more valuable, in my estimation, given that Dragonites cost 100 candy, not 400, and Dratini are much more rare in the wild. 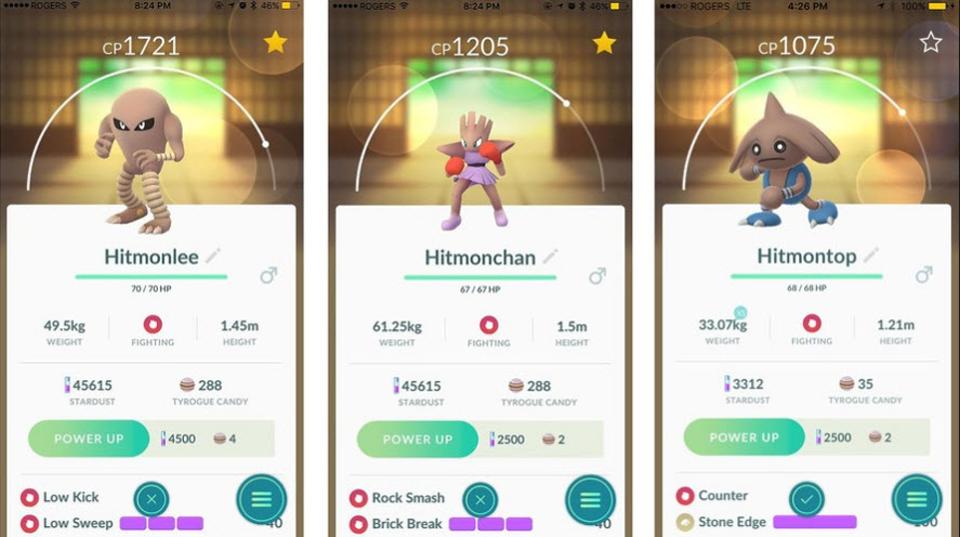 Jynx – Joining Magmar and Electabuzz would have to be Jynx, the only one of that trio not yet featured. She’s one of the goofiest Pokémon in existence, but do not underestimate her. She hits hard and can survive a good long while.

Arbok – Makes sense to me to put another poison type here in the vein of Weezing and Muk. Arboks also look cool as hell.

Vileplume/Victreebel/Jumpluff – These would be a sub-in for Exegguctor, but arguably more valuable given that they’re all stage 3 evolutions. I’d put Bellossom in there, but no way they let you catch her without a Sun Stone evolution at this tier.

Hitmonlee/Hitmonchan/Hitmontop – There are no fighting types in this tier right now, but these three seem like they would make for pretty good bosses at this level (also I really need a Hitmontop) 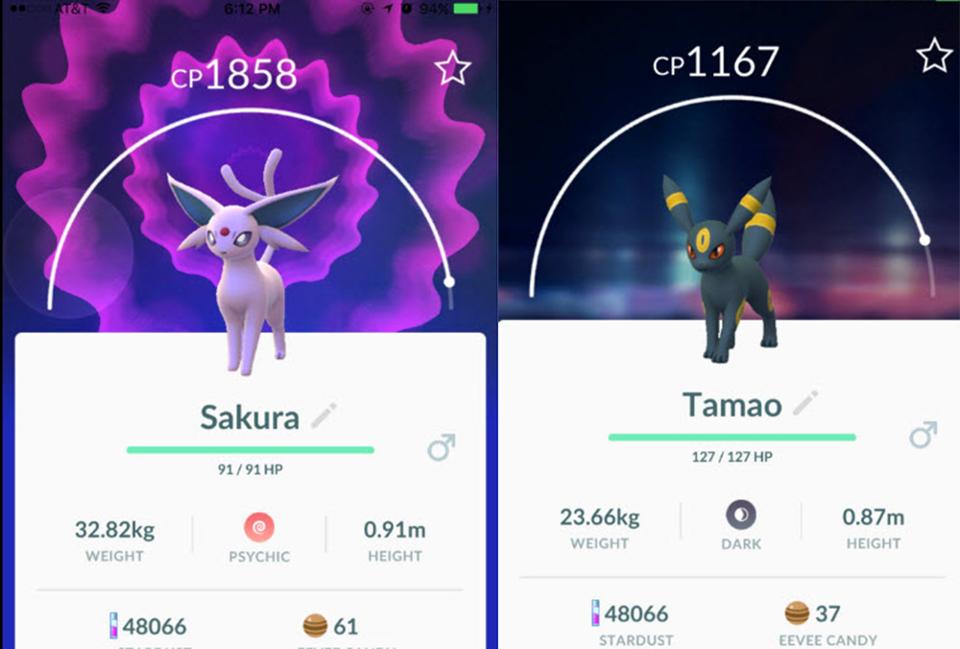 Espeon/Umbreon – The other Eevee evolutions are in this tier right now, so it makes sense to add the Gen 2 ones to the mix. Would be nice to catch higher IV ones if the Sakura/Tamao ones you evolved manually weren’t so hot.

Ninetails/Houndoom – Either of these would make for a good fire replacement for Arcanine.

Golem – My pick to replace Machamp on the list. Golem is a really underrated Pokémon who does well in a lot of these raids fights, from my experience. Would be good to snag a high IV one.


Donphan/Ursaring – Alright maybe stat-wise they’re not the most terrifying, but these two were designed to be raid bosses if I’ve ever seen one.

Polywrath/Nidoking/Nidoqueen – These three are sort of random picks, but they’re stage 3 evolutions and they seem like at some point, they’d definitely be anointed raid bosses. If so, my guess is they show up in this tier. 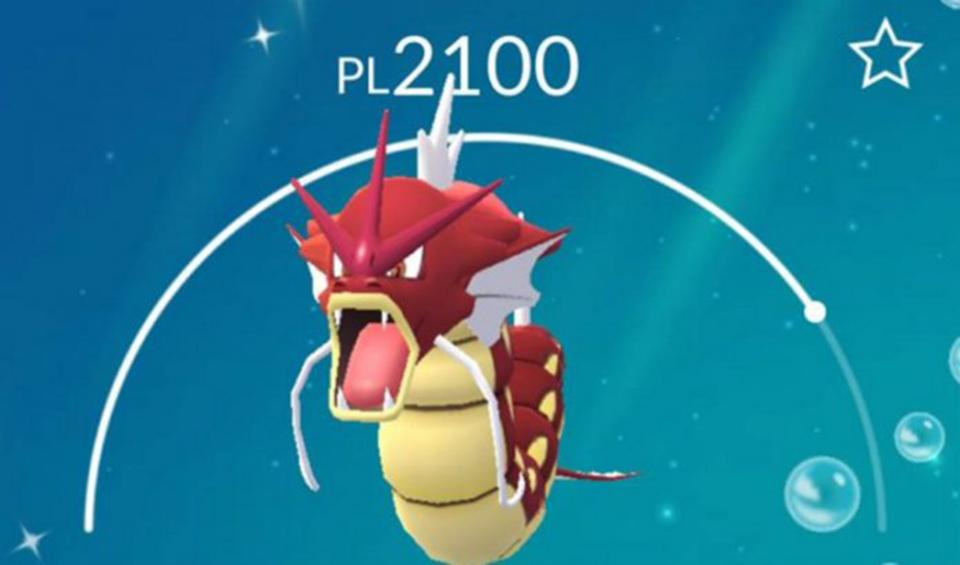 Typhlosion/Feraligatr/Meganium – Replacing the Tier 4 starters from rotation one would naturally be the Gen 2 starter final forms. Extremely valuable to catch, given that it’s very unlikely that many people have evolved them already, as there has been no Gen 2 starter even like we saw with Gen 2

Blissey – I know, I know, but come on, this would be the challenge to end all challenges. A 25K CP Blissey? The ultimate teamwork exercise, and a great gym defender if you can catch one. She’d be the new Snorlax in this slot.

Miltank – Another beast that would be tough to take down, and a pretty rare find in the current state of the game.

Scizor/Steelix – No direct parallels among the current bosses, but I think these two would feel right at home at this tier, and would be extra valuable given that they normally need an evolution item to acquire.

Gyarados – I almost forgot him, but there’s no way that if Gyarados becomes a raid boss, that he’s not going to be Tier 4. Get your Jolteons ready.

Dragonite – I mean, this was always inevitable and has already been confirmed. The new Tyranitar.

That’s all I’ve got for now. Who are your picks that I might be missing?