Pokemon Go players are likely already out trying to hatch as many eggs as possible during the limited time anniversary event in an effort to find a hat-wearing Pichu. In addition to the rare Pichu variant, it seems that players are likely to find some other surprising changes when hatching eggs this weekend.

According to data collected by Pokemon GO users, it appears that new Pokemon are hatching from the 2, 5, and 10km eggs. Niantic has not confirmed this change yet, but there are lots of reports and screenshots to support the idea that the anniversary event also included a stealth update to egg hatching patterns. 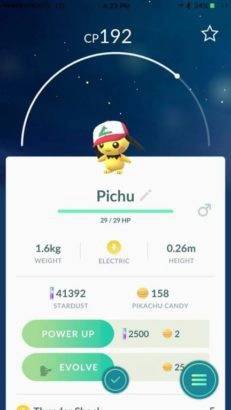 The addition of Spinarak is more of an annoyance than anything else, with the bug-type just getting in the way of more exciting 2km eggs like Pichu and the starters. The same could be said for some of the new 5km additions as well, but there are some uncommons on the list that will be welcome additions.

The real excitement comes in the 10km category with the addition of Porygon and Chinchou. Because 10km eggs take so much longer to hatch, we’re interested to find out if there are other new 10km Pokemon, as well. We would also like to find data that reveals if any previously hatchable Pokemon have been removed to make room for all of these new additions. Players looking to hatch a lot of eggs this weekend may want to consider saving a few coins by picking up the Anniversary Box.

We’ll be monitoring the user data as it comes in and keeping an eye out for official word from Niantic about the changes. Check back for updates.