Raids have breathed some fresh life into Pokémon GO this summer, and we are building toward the inevitable release of Tier 5 legendaries soon enough, which I predict will kick off in about three weeks’ time to coincide with Pokemon GO Fest in Chicago.

But before that happens, I think it would be great if Pokemon GO got a feature that I’ve been requesting for a long time now, but has new relevance thanks to the addition of raids into the game.

Previously, the request was purely about gym battling, as it would be nice to have a pre-made team full of say, ice-types if you were about to square off against a Level 10 gym loaded with five Dragonites. But now with the arrival of raids, which have you trying to kill (err sorry, “tame”) one giant Pokémon of one specific type, the idea of loadouts is more relevant than ever.


Right now, the game has a sort of “auto-fill” system that uses its best guess as to who you want on your team, loosely based on power level and type matching. But it misses frequently. Like facing off against this Charizard raid boss, it might be nice to have my Blastoise and Starmie, sure, but the game totally missed my more powerful Vaporeon for some reason. Or when I was about to take on a 22K CP Rhydon, for some reason it put in two 800 CP Chanseys instead of about 50 other better picks. The algorithm is highly flawed and always requires reshuffling. 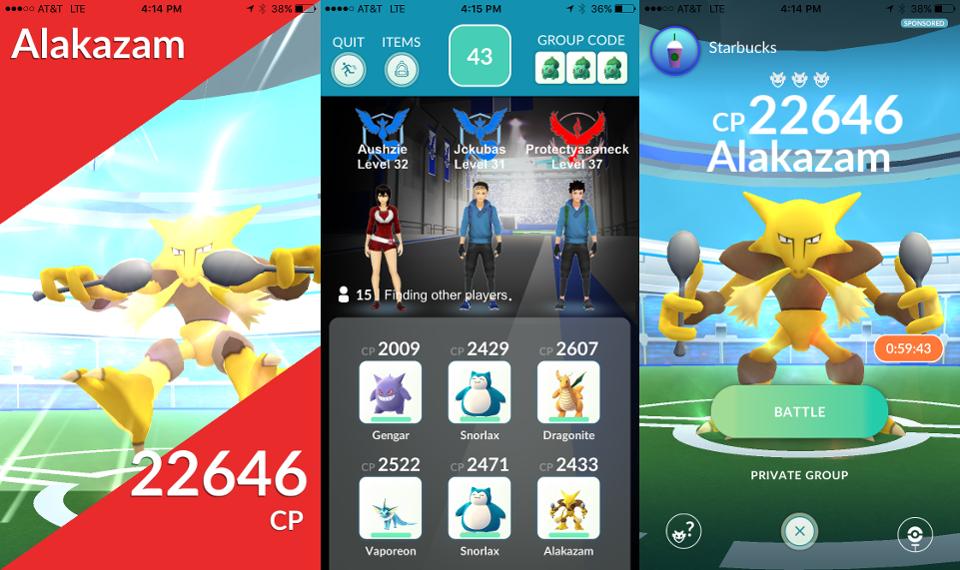 While you do have a minute and a half to get your team ready before a raid, it’s still a pretty cumbersome process, and can be easily reset if you try to use items or your game crashes (which mine does at least once per pre-raid). It would be far, far easier to have the ability to make up pre-made teams that are save-able and ready to go at a moment’s notice. Now that you’re only going up against a one or two type enemy, this is even more useful, as you can make your anti-fire team, your anti-psychic team, your anti-grass team, and so on.

I’ve also said in the past that this could be another microtransaction opportunity for Niantic. Maybe give players three team slots to start with, and then allow them the opportunity to buy up to three more for coins for the super-advanced players who want a specialized team for every situation. At the very least, Pokémon GO should echo the original games and allow you to have one core group of six that shows up every time before a gym battle or raid, your six most powerful/favorite Pokémon that are always a good base to start with, but can be rotated in or out if need be.

In my experience, the less time a game has you fiddling with builds or line-ups, the better. Just yesterday, I said that Destiny 2 needed a “loadout” system which is the same concept as this. It’s from my experience in Diablo 3 where you can use a wardrobe to instant change between gear sets. It’s the same for Pokémon GO, despite being a dramatically different game. Here, your Pokémon are your armor and weapons, and the game would benefit greatly if you were able to switch between pre-made teams on the fly.

Will GO ever get this feature? Stranger things have happened. I’ve found that if you complain loudly and often about enough stuff and articles like this get shared around, Niantic tends to listen. They’re always working to improve the game, and now that raids are here, pre-made teams would be a big, big improvement.