What Pokemon GO May And May Not Have In Year Two

We just celebrated one year anniversary of Pokemon GO, and the in-game event was rather lackluster, but Niantic had plans for a big live event in Chicago on the 22nd this month.

A year of Pokemon GO got me thinking not only about the progress of the game to date, but also what the future holds for one of the most popular mobile games ever made. Over the course of next year there are certain clear directions the game will move towards, and will not venture some places, even if fans would like the game to get certain features.

I will be curious to take a look back and see what I was wrong or right about here, but I’m pretty confident in many of these predictions. Pokemon GO has come a long way since launch, and I think it’s still got a lot of tricks up its sleeve for the future.

So without further ado: 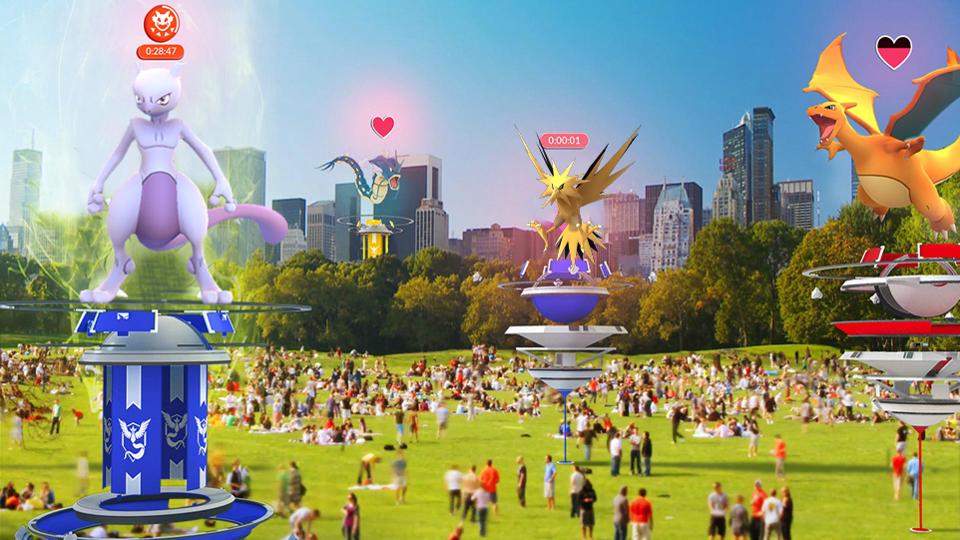 Legendaries isn’t really a prediction because Legendaries are happening, probably by the end of this month. My sneaking suspicion is that we will see our first Legendary at Pokémon GO Fest, and they’ll be a presence in Tier 5 raids either indefinitely after that, or during specific event windows, perhaps.

The coming will give Niantic free reign to dole out the eleven Gen 1 and 2 Legendaries at their own pace. I previously suggested that introducing one into the game for every week of the summer would have been a really fun activity, but the chance for that has come and gone, so I expect we’ll see them released either individually, or in specific groups (the birds, the beasts, etc) scattered throughout the year during special events.

I’m frankly amazed that more shinies other than Magikarp and Gyarados haven’t been introduced into the game at this point. They’re so ridiculously easy to make, it’s just a reskin and a change to their spawn rate, and it would be an easy way to get players excited even about Pokémon they’ve caught a hundred times already. Expect to see more of these in future events, but I genuinely don’t know what Niantic is waiting for at this point. 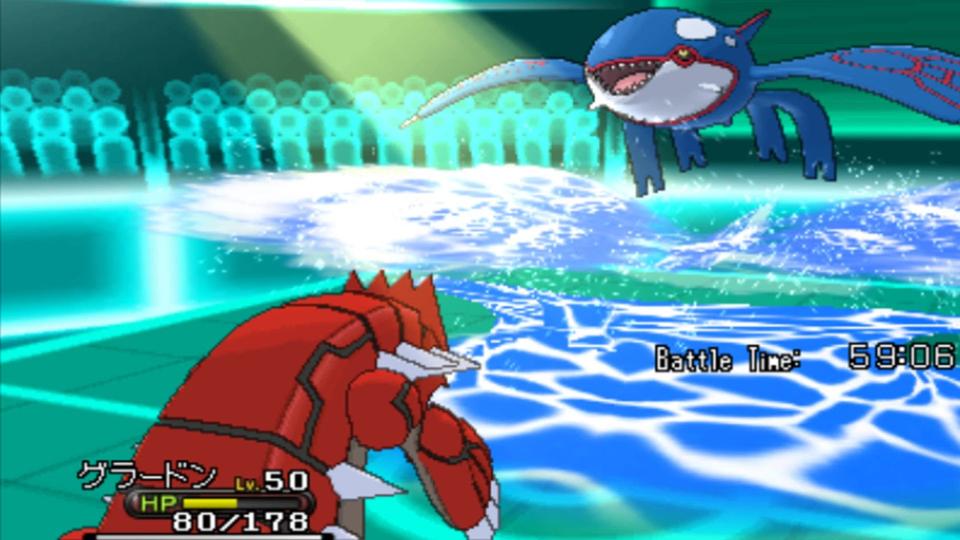 I would be pretty surprised if we got through the next year without seeing Generation 3 Pokemon in GO. My hunch is that we might not see them until next summer instead of Winter/Spring like we saw in year one, given that there are many, many more of them than in Gen 2, and it’s going to be a lot of work for Niantic.

I think Gen 3 will be a really important addition to the game, because that’s one of the best eras of Pokemon in my opinion, and contains some of the most well-designed, interesting, awesome Pokemon in the game, while frankly, most of Gen 2 feels like it was phoning it in (Dunsparce? Dunsparce?). I’m not sure if Pokemon GO will last long enough to get through all the generations, but Gen 3 is a no-brainer, and I expect to see it in mid to late 2018.

Pokemon GO has been laying the groundwork for breeding ever since they put genders in the game, and it seems like exactly the sort of activity they’d introduce, given its eventual prominence in the handheld series. It would give players a goal of catching both powerful male and female Pokemon to breed something truly great, and would be an interesting new non-combat mechanic for GO alongside egg-hatching and the buddy system. My guess is that it would also be tied into distance, like walk X km for your pair of Pokemon to breed, and perhaps it will be monetized with some sort of implement to speed up the process or allow for multiple breeding sessions (ew) at a time.

These two items have supposedly been on Niantic’s to-do list since launch, but I am still not convinced the game needs them. Trading is a recipe to destroy the game economy and create a Pokemon GO Black Market no matter how it’s handled (seriously). PvP might be fine but this is one of the least complex battling systems I’ve ever seen in a video game, so I really don’t know how much use I’d get out of slugging it out with my friend’s Charizard or a stranger’s Tyranitar. Unless both of these items are handled expertly, I personally wouldn’t mind if they never showed up at all. Yet Niantic keeps mentioning them frequently. 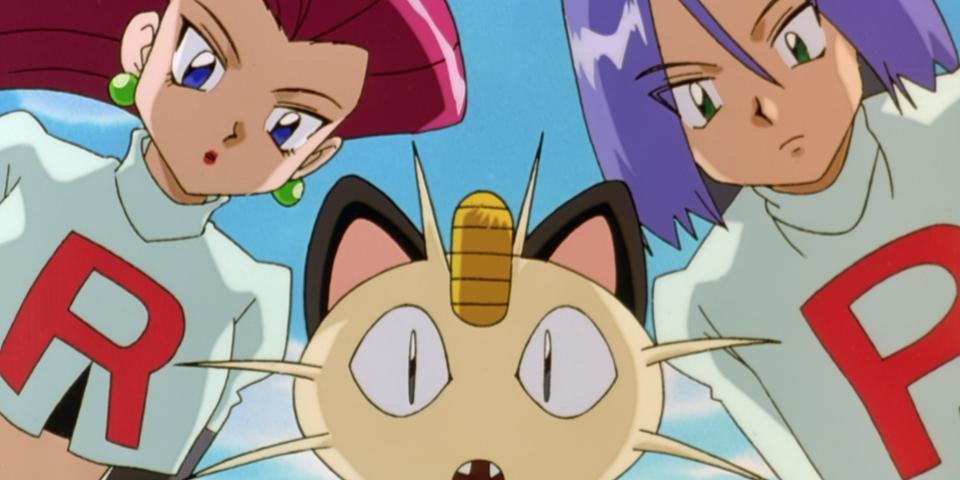 This is something I’ve been pushing for over the course of the last year, but I’ve heard no indication that A) Niantic is on board for it or B) The Pokémon Company would allow it as it might infringe on their precious handheld games.

In any case, a new game mechanic where random NPCs spawn on the map, or control their own gyms with preset Pokemon, would be an interesting new kind of battling change in GO besides player-held gyms and raids which can often feel tiresome and exclusionary. Pokemon as a series was built on NPC battles, and I definitely think the game needs to be invaded by Team Rocket or the Elite Four or Gary freaking Oak for all I care, just someone. Again, there’s been no indication Niantic is moving in this direction, and their philosophy is all about banding together with other human players, so I have my doubts about NPCs making it into GO in the next year, as neat as that would be.

This is one I think I have to let go of completely at this point. Over the past year I’ve been hoping that Niantic would revamp not just the gym system, but the game’s battling system so it was more than just a series of incessant taps and swipes. I wanted them to take a page out of the handheld games and do turn-based battling with more moves, status effects and so on. That could easily be done on a phone interface.

But I don’t see it happening. Not only might The Pokemon Company have banned this idea, but the new gyms and raids have made me see that Pokemon GO is simply too fast-paced for something as slow as turn based combat. To a certain extent, the tapping and swiping works. Without that, raid battles that take a few minutes and have multiple players beating up on one giant Pokemon all at once would be impossible to orchestrate, as you can’t take turns with 12 other people in a fight like that.

I still believe that GO needs to improve its battling system somehow, but I’m willing to concede that it’s probably not going to channel the handhelds and revert to being turn-based.

These are the major things I can think of at the moment, and I welcome your own thoughts. I reserve the right to add more should I think of any. But I’m pretty sure it’s going to be a fun year for GO, that rare mobile game that gets to remain popular for more than its first year of life.

Experience of a Niantic data scientist