Experience of a Niantic data scientist

Today I found an article through a Chinese app called WeChat, which is titled “What’s the experience as a data scientist for Pokemon Go?” Or “在Pokemon Go做数据科学家是一种怎样的体验？” in Chinese. The author claims to be a data scientist at Niantic. Some of the things I read in this article amazes me. Since it’s from a public account on WeChat, which means it’s meant to be shared with the public, I want to translate part of it and share with you.

I’ll leave out the first and the second part of the article since they talk about the author’s personal life and stuff. I only include parts that are related to Pokemon Go. The translation starts right before the photo with a Charmander in it.

I have been working at Niantic for several months now. 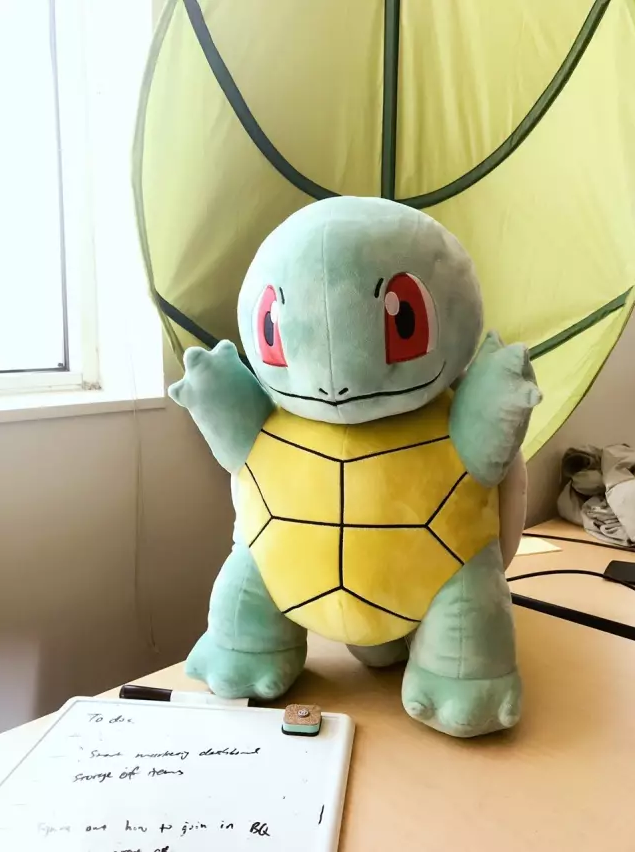 Some of my work is for the public, like the advertisement appearing in metro and bus stations in New York, London and Tokyo in recent weeks:

(I also need to learn about) what the monthly campaign should be to attract the most DAU and revenue, and how much money we can make… These are all very fun stuff, but I can’t disclose more details since they are confidential.

Our company severely lacks staff. So there is naturally no data engineer or data analyst, which means they are my job too. (Things like) database crashes, database errors, negotiations with third-party data supplier, cloud errors… (are all my job.) When I didn’t understand something and went to ask data scientists from other companies, the answer was usually that “I don’t know either”. Because these are not part of data scientists’ job.

I haven’t really rested after getting this job. Our user base is huge. There are a lot of data to analyze both on the server side and the client side, and our effort of improving Pokemon Go based on data has just begun. As the starting point is very low, every step in data analysis can help improve user experience a lot. That’s why (I) want to proceed faster and improve more so that (I) don’t let down millions of players around the world.

Even after work, I’m still thinking about SQL, about dashboard, about KPI and OKR for the next month. When I checked Slack in the middle of the night, the project manager and product manager were still online. When I wrote an email on Saturday, the boss replied within half an hour.

I don’t have time to read or write anymore. At first I felt unfortunate. But as someone who grew up watching the Pokemon anime and playing Pokemon games in class, bringing players around the world with a better Pokemon Go seems like a frigging awesome dream. I only managed to finish around 100 pages of my bedside book, “Sculpting in Time”. What I read every day now are mostly the subreddits related with Pokemon Go. I can spend 1 hour reading the posts and sometimes cry over the stories.

In one of the posts discussing what changes Pokemon Go has brought you, a lady posted her story. She was pregnant with twins for 8 months when this game first came out in July last year. One day the doctor told her one of her babies’ heart had stopped and might be dead. She couldn’t bear that, but managed to change her spirit for the better due to this game. Now the surviving child was one year old. She carried the baby to parks every day, and passed her alone time with Pokemon Go.


A man talked about his story. His son was 8 years old, who had amentia and couldn’t talk. So he couldn’t communicate with his son. But after Pokemon Go was out, he found that his son seemed to understand the basic concepts on the game, and was excited every time he saw a Pokemon. They invented a language to communicate over things happening in the game. This was the first time he communicated with his son.

Another person share his story. He was severely over-weight, more than 500 pounds. He wanted to cut out fat with surgery. But his doctor told him he was too heavy for the surgery. He needed to first lose some weight before being eligible… That’s when Pokemon Go was out. He walked thousands of miles to hatch rare Pokemon and lost 60 pounds in one year. Finally he was eligible for the surgery.

There were many players like these. Our customer support received many long letters of thanks: (from people like) old lady with lung disease, drug addict, man who broke up lately, little boy with terminal cancer, broke businessman, a family on wheelchairs. Those who were frustrated, those who failed, those who didn’t want to face the world, all went out of their homes due to a mobile game, and walk several mile every day. Gradually, their life improved with the fresh air.

Of course, what I read more from social media and customer support are complaints and ideas from players. What are these players like? After every update, they read the whole APK file and found all the differences from the last version.

Every time we adjusted some data server side, like drop rate from Pokestops, or Pokemon that could be hatched from eggs, they would notice it immediately. Then they would do hundreds of personal experiments to prove their findings.

Almost every players seemed to have their own jobs and life, but they could still spend hours to play this game. They could also find time to make analysis tools and apps, to found all kinds of groups. They would patiently answer questions from new players.


They would say, “Niantic doesn’t spend effort on this game!” But then they would read every word from a Niantic interview, and read between the lines to guess every possible implication. They could also name a lot of Niantic staff.

There will be a real world festival in Chicago this July, Pokemon Go Fest. The tickets went on sale in June, and 20,000 tickets were sold out in 5 minutes.

Every day, I’m amazed and moved by players of this game in different ways.

(This part also includes some personal stuff. The translation starts from the fourth sentence in the fourth to the last paragraph.)

So I still sit in front of the computer to write SQL, to change the spawn rate of raids, to adjust the catch rate of Pokeball. And someone on Reddit would very soon say, “I finally got a Lapras!” or, “After 100 experiments, I can prove Premier Ball has the same catch rate as Pokeball!” Or I could read another touching letter from a player to thank the game for accompanying his mother in her final days.

This gives me solid, reliable feeling of happiness.

Just like in the anime, Ash’s Pikachu knew that even after seeing and capturing all kinds of rare Pokemon, Ash still wouldn’t abandon him.