Last November, Pokemon Go added Ditto to the game after months of speculation and searching. Although players were thrilled to see the little purple blob at first (we were pretty starved for new content at the time,) it quickly became an afterthought because it couldn’t do much in the game.

See, Ditto’s Transform ability only has a limited effect in Pokemon Go. Ditto will Transform into the first Pokemon it faces in a gym….which was basically useless in the old gym system. While copying a Pokemon’s Attack and Defense stats meant that Ditto wouldn’t get crushed instantly, the old gym system instantly put Ditto at a disadvantage because it meant facing a series of stronger Pokemon after that initial battle.

However, Pokemon Go‘s gyms have changed and Ditto suddenly has an interesting niche as a late game sweeper in the new system.

How the New Gyms Works

Ditto’s niche is thanks to a new “motivation” mechanic added in the last update. A Pokemon loses motivation over time or when it loses gym battles, which in turn lowers its CP. Of course, a lower CP Pokemon is a lot easier to defeat than a high level CP Pokemon, especially when your own Pokemon are at full strength.

Early gym battles indicate that the new gyms work similarly to the original gym system, in that a gym defender’s motivation drops a lot faster if it loses to a Pokemon with a lower CP. Basically, the game rewards you for being competitive instead of sweeping through a gym with a 3000 CP Dragonite.

And that’s where Ditto comes in. 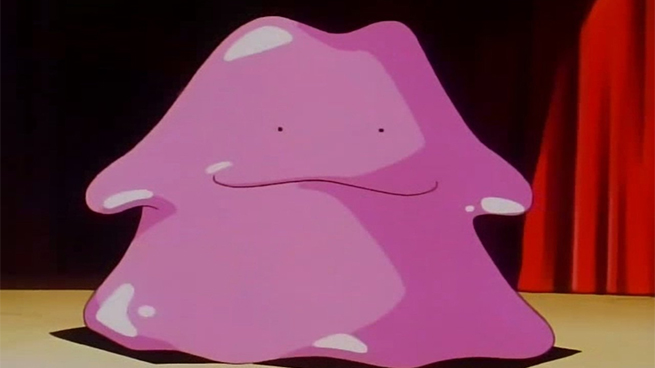 So, if your Ditto comes across a Dragonite weakened by low Motivation, it will transform into that Dragonite…only with unsullied 100% stats. Suddenly, your Ditto has the advantage and can rampage through a team of weakened defenders without breaking much of a sweat.

What’s more, Ditto will still get credit for defeating those Pokemon as if it were a low CP Pokemon, meaning that victories will cause bigger motivation drops on gym defenders (which means that gyms will lose defenders a LOT more quickly) and more XP for you when the battle is finished.

Ditto sweeping only works when gym defenders are already weakened, since Ditto otherwise wouldn’t be able to take advantage of the stats drop caused by low motivation.

Ditto’s Transform ability also doesn’t increase Ditto’s HP to match that of the other Pokemon, so you’ll still need to dodge and avoid attacks if you want to take full advantage of Ditto’s sweeping abilities. Otherwise, you could still lose your Ditto in just a couple of attacks.


While Ditto’s effectiveness is still pretty limited to late battle sweeping, it now has a niche. And thanks to the XP boost it gets for winning, that might be enough for a lot of skilled players to start bringing it into battle.