Call of Duty (CoD) is a first-person battle royale developed by Activision and now it is bringing a mobile-friendly version of this popular franchise. Call of Duty Mobile will have same game modes, maps, and weapons across the franchise.

Controls of a multiplayer FPS can be a challenge as players need to get the right combination of controls and space for actual combat. So to give players more freedom and choice Call of Duty Mobile will have two modes: Simple and Advanced mode.

Simple mode is different from the way we normally play CoD on a console. In this mode, there is no dedicated firing button, the gun will start firing as soon as an enemy is it your target zone.

This seems like an advantage but fire accuracy in this mode is really low and you waste a lot of ammo. The advantage is that you can move around quickly and also will shooting to avoid been hit easily. There is also a setting to limit the distance of auto firing.

Advance mode is more like console and Activision has all the controls movable. This allows you to get all the important buttons under your thumb. There are two fire button in this mode and you also have control over the sensitivity of the buttons. You have to really try many customizations before getting it right as it can be the difference between a win and a loss.

Maps in Call of Duty Mobile 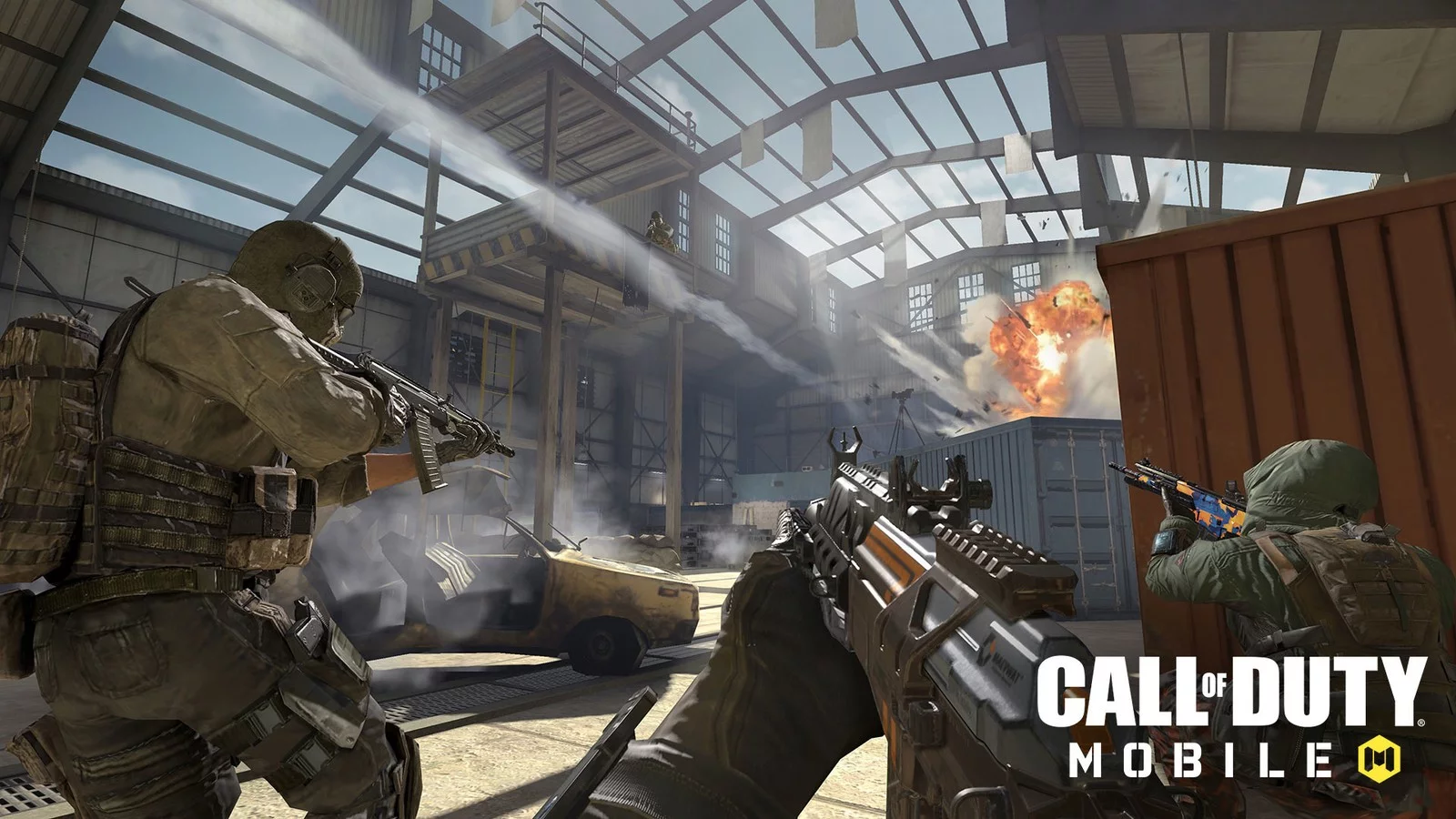 If you have ever played Call of Duty, you will know at least some of the maps Activision is offering for CoD Mobile. One of my personal favorites, all the way back from Modern Warfare: Black Ops, is called Nuketown. It’s a tiny little map with only a few long lines of sight. Everything about this map is fast-paced and messy, just the way I like it.

All together, Activision has announced eight maps, all spanning different games from the franchise, and all restructured to work well in this mobile environment. I am hoping that we will see some maps made especially for CoD Mobile, but right now nostalgia is Activision’s friend. I know I’m willing to try it out just for the chance to play in Nuketown again, and I’m sure there are plenty of people in the same position. Come for the nostalgia, stay for the great game… we hope.

Among the maps that they have announced are classics such as Nuketown, Hijack, Crash and Firing Range. Each of these maps is extremely popular with the CoD community and should help draw people who may not normally play mobile games.

What about custom loadouts? 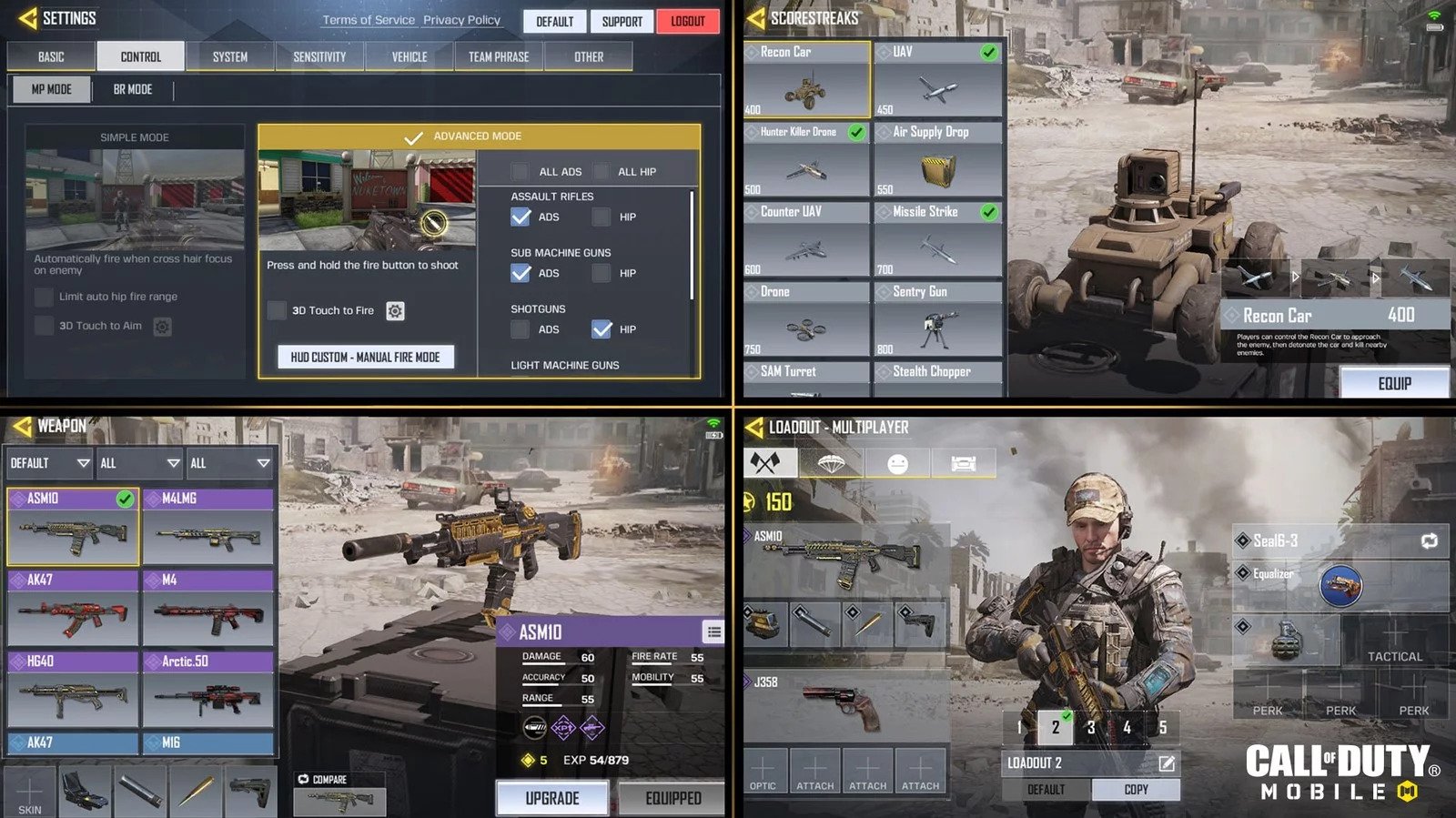 Being able to customize your character’s inventory has been a staple of the game for many years. Being able to save up to five different combinations of weapons, perks, grenades, and even scorestreaks is an important part of the overall CoD experience. Let’s talk about the different things you customize.

Normally you unlock new customizations for your loadout by leveling up or purchasing it using in-game currency, but Activision may use this as a way to monetize the free, mobile version. I really hope not, because pay-to-win is the worst, but they might.

This one seems fairly obvious. Throughout the game, you can choose between several different guns, one in the primary position and one in the secondary. These guns also have modifications slots as well to add better scopes and the like. In the standard Call of Duty, there is a huge amount of variation in the type of guns and their modifications, and I’m hoping the Mobile version will offer up the same. There is also a section specifically for grenades. Some will be damage dealing, others suppression and you will be able to choose them as you go.

Perks are character abilities that make you better at things. They are almost always passive, buffing you behind the scenes, and they increase some sat or the other. One of the examples they give, called Ghost, hides you from an enemies UAV — one of the scorestreaks you can get — which is extremely helpful if you like to sneak up on people and get all shotgun-y.

You get three different perks to use in one loadout and they can significantly change your play style. If, for example, you like using the shotgun mentioned above, then mixing Ghost and Fast Recover — your health regenerates faster — is going to make you a machine in close combat. You can get in, kill, then heal as you run to the next victim.

You get one of this per loadout and it comes in the form of a powerful weapon that activates on a timer. You may want to unpack a huge minigun to lay down cover fire, or get up close and personal with a flame thrower. Either of these and more are available for you to choose from. You are only likely to be able to use it once or twice a match though, so use them sparingly.

Scorestreaks — formally Killstreaks — are awesome bonuses you get for doing well. On the loadout screen, you get to choose what happens when you reach certain scores and what abilities you can activate when that happens.

The most common, and usually one of the easiest to earn, is the UAV. This scorestreak allows you and all your teammates to see where every enemy is on the minimap. Combined with other, higher powered, scorestreaks the UAV can be devasting. By using the UAV to pinpoint enemy clusters, other players can use airstrikes to cause massive damage.

The last thing to choose in your loadout is what you look like as you run around the map. While Call of Duty: Mobile doesn’t have a massive range of customization for this — you won’t be changing the shape of your eyebrows or the pointedness of your chin — it does allow you to play as some of the most iconic soldiers in Call of Duty history.

Characters like John “Soap” MacTavish, and David “Section” Mason, were the main characters back in the day when story modes actually mattered in multiplayer games. It’s great to see these characters coming to life again, and I hope they bring even more into the mobile game as it becomes more popular. This would also be another great way to monetize without giving anybody an edge.

Is it just Team Deathmatch?

No! The CoD: Mobile team are clearly trying to push the envelope when it comes to choice in this game. There aren’t one or two game modes in Call of Duty: Mobile, there are going to be at least five at launch so there will be something for everyone.

Where and when can you play?

Call of Duty: Mobile is coming to iOS and Android in the coming months but you can sign up right now for a chance to play the beta when it comes to your region. Activision has said that the Beta is currently in India, moving to Australia soon, but it’s likely going to be a long time before we see it here in the U.S.