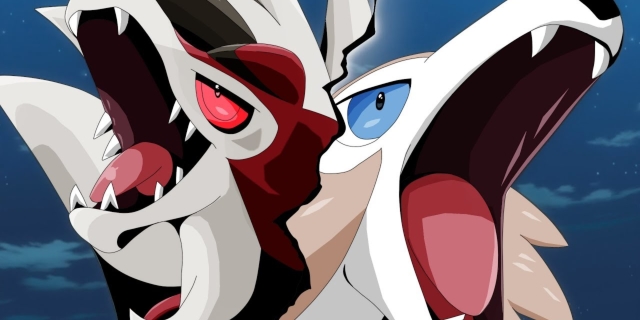 The Pokemon anime appears to be teasing an entirely new Pokemon evolution.

In the latest episode of Pokemon Sun and Moon: The Series that aired in Japan this week, Ash battled the Akala Island kahuna Olivia in an epic 2v2 clash. During the battle, Ash’s Rowlet and Rockruff worked together to defeat Olivia’s Probopass, but Rockruff wanted to fight Olivia’s Lycanroc on its own. So, it knocked out Rowlet and then eventually finished Lycanroc off shortly before fainting.

After the battle, Olivia commented that Rockruff’s overly aggressive behavior probably means that it’s close to evolving. Sure enough, the episode description and trailer for the next episode seems to hint that Rockruff will evolve. In Pokemon Sun and Moon, Lycanroc has two forms depending on when it evolves. If it evolves during the day, it assumes a Midday form that looks like a wolf, while evolving at night will cause it to assume the werewolf-like Midnight form.


However, the trailer for the next episode shows Rockruff staring into the sunset with its eyes aglow, spurring speculation that it could evolve into a third Lycanroc form.

A possible third Lycanroc form isn’t exactly new news to many Pokemon fans. Players first speculated on the existence of additional forms when they noticed several placeholder images on the Pokemon Global Link website with Lycanroc’s PokeDex number. The placeholders seemed to indicate that Lycanroc had not two forms, but four.

The timing of Rockruff’s evolution seems suspicious as well. The Pokemon Company has Pokemon Ultra Sun and Ultra Moon coming out in just over three months, but has told fans very little about the games. A surprise form in the anime would be the perfect way to kickstart marketing and announcements for the new games, which could be the last in the franchise to be released for the Nintendo 3DS.

There’s also all the “mystery merchandise” that’s getting promoted in conjunction with Pokemon Ultra Sun and Ultra Moon‘s release. While Pokemon’s various merchandise partners have started advertising new pens, plushes, and figures related to Pokemon Ultra Sun and Moon, several of the new products are being held back until after the Pokemon Company starts releasing more information about the games. One such example is a new line of plushes based on the anime that includes Rowlet, Cosmog, and a “mystery” Pokemon…which won’t be revealed until after the next Pokemon anime airs.


New Reveals in the Anime

The Pokemon Company has long used the anime to introduce new Pokemon to fans, so Ash getting a third Lycanroc wouldn’t be a surprise. The anime has shown over 40 new Pokemon species, although most are usually featured in movies instead of in regular episodes. However, Togepi and several other Pokemon have joined Ash and his friends months (or even years) before they were officially added to the games.

Ash has even had Pokemon with special forms before. Ash’s Greninja from PokemonXY had an exclusive secondary form that allowed it to battle even Mega Evolved Pokemon. While featured in the TV series for over a year, Pokemon fans could only get Ash-Greninja by playing through the Pokemon Sun and Moon demo and then transferring it to the main games.

So, will Ash get a totally new kind of Pokemon? Or is this just another tease and fake out? We’ll have to wait until the next episode airs on Thursday in Japan.