With the hype of Tier 5 raids, many trainers are ignoring the power of the Dark-type Tyrant, Tyranitar, and how fortunate we are to have it has a Tier 4 raid boss.

While the majority of Tyranitar’s current hype stems from its performance in Mewtwo raids, matching most level 39 counters in either DPS or TDO at level 20.5 and being as significant as most other counters even against the Confusion Focus Blast set, many players don’t recognize its value outside of Mewtwo. 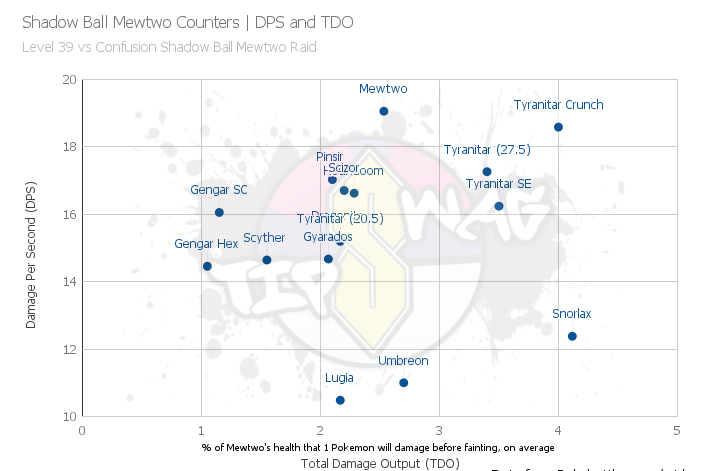 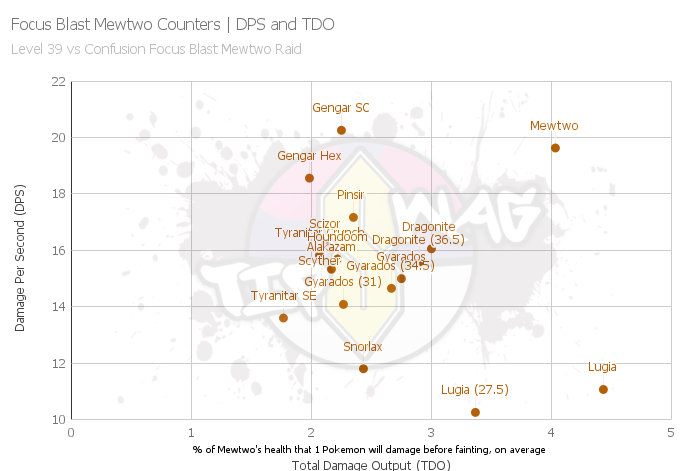 Tyranitar makes Gengar and Alakazam solos happen easy, and has appearances as a top 10 option in nearly all T4 and T5 raids, making it a highly efficient stardust investment.

As far as Gym Offense goes, it’s Dark and Rock-type DPS allows it to cut through any Pokemon not named Tyranitar. Tyranitar’s Steel-type DPS even allows it mash down on its prime resisting type, Fairy, better than most Pokemon meant to directly counter them. That’s right, the 1 defensive Pokemon-type meant to throw it off is also extremely vulnerable to Tyranitar (well, aside from Azumarill).

You’d think that it’s whopping 7 weaknesses, including a 4x weakness to the Gym Fighting MVP Machamp would make it an unworthy option on Gym Defense. But both GamePress (which considers Tyranitar’s performance against the most meta-relevant gym attackers) and Pokebattler’s (which considers Tyranitar’s performance against its most ideal counters) Defender rankings place this champion among champions in the 95 percentile of all Pokemon.


But surely Tyranitar rule will soon come to an end with Gen 3 or 4, right?

Not only is Tyranitar the most boss Dark-type DPS around right now, stat wise, it will stay at the top until gen 6 (in like 2025?). After which it may be usurped by the Legendary God of Destruction, Yveltal; provided it doesn’t get its Mega-Evolution by then, placing it firmly at #1 for LIFE. I think we can all tell who the real God of Destruction is here, and it’s most definitely Tyranitar.

Despite all this apparent value, some trainers are skeptical of Tyranitar’s power, feeling its good now but will depreciate over time. If you’re in this camp, I suggest you take a look at Tyranitar throughout the generations in the console games.

With each generation, with each new mechanic added to the game, it only grew in strength. Not only is Tyranitar one of the most powerful Pokemon in the console games, but is also one of the most versatile.

While False Swipe Gaming doesn’t cover performances in the Ubers tier. By just checking Tyranitar’s Smogon Profile you’ll find that it rolls harder than most Pokemon. Even in a format meant for stupidly broke, Legendary Pokemon. All kneel before Tyranitar.

Not convinced that you should dedicate your free raid passes to this handsome beast instead of flame doggo and not! Vaporeon. Perhaps you’re a bit too complacent with Tyranitar being everywhere for an indefinite amount of time with Tier 4 raids.

But if you’re not already with at least 4 beefed up Tyranitar by the time T4 raids change (which Niantic could literally flip the switch on at a moments notice), it will be missed.

I’m not suggesting that you blow off all other raids completely and dedicate your life to hunting Tyranitar. But with such an abundance of one of the most versatile and meta relevant attackers, who will stay relevant from now until the end of time.

I suggest you pay your respects and give some appreciation to the MVP pseudo-legendary from Gen 2, Tyranitar, and try to fill your roaster with it while its raid is still around!