The latest Pokemon Go update has been released. With the update installed, some players are now noticing red slashes appearing on some of the Pokemon in their inventory. What is this slash meant to indicate, exactly?

As previously announced by Niantic, this is part of the game company’s new effort to crack down on cheaters. A Niantic employee announced in a Reddit post this week that Pokemon caught using third-party services will appear with a red slash over them.

“With the announcement of Raid Battles and the new battle features, we are staying true on our commitment to ensuring that Pokémon GO continues to be a fun and fair experience for all Trainers,” the Niantic employee said on Reddit. “Starting today, Pokemon caught using third-party services that circumvent normal gameplay will appear marked with a slash in the inventory and may not behave as expected.”


On Reddit today, a user name KERL0N posted some screenshots supposedly of the new enforcement system in action. It’s not clear whether the image is legitimate, though, and it could just be a mockup based on what Niantic had previously announced. 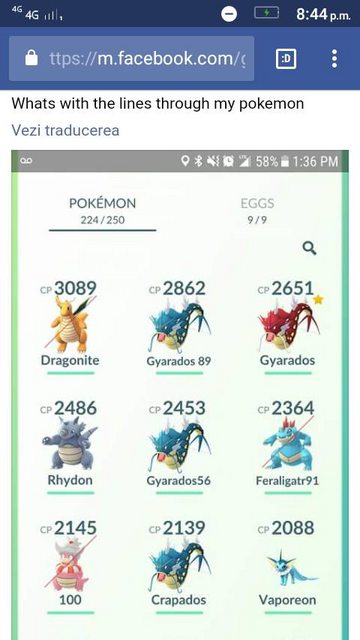 Nobody knows yet what Niantic is classifying as cheating, but they probably just mean that those who use bots will be affected by this. It’s also not clear whether this will be retroactive or whether it will just apply to Pokemon caught after the June 21st update. The screenshots posted above suggest the former, as the Pokemon that are crossed off do not have a blue glow around them, indicating they were not caught recently. However, it again is still not 100 percent clear whether that screenshot is real.

Stay tuned for more information about Niantic’s attempts to crack down on cheaters in Pokemon Go.