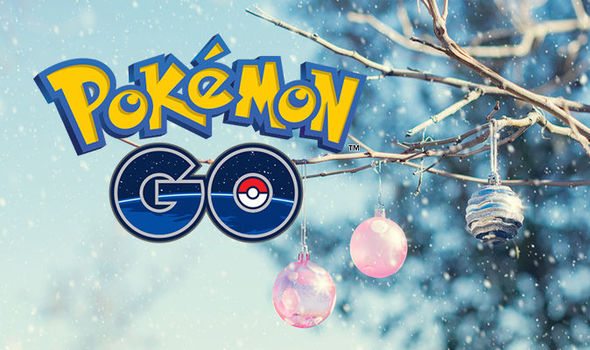 Last year Niantic celebrated Christmas in Pokemon Go by launching in-store discounts, free incubators, festive Pikachus and increased hatch rates for Gen 2 Pokemon like Togepi and Pichu. With Christmas coming closer everyone is eager to hear from Niantic about this year Christmas event.

What can we expect this season?

Datamine of recent APK had indications of Delibird being released as part of the Christmas event update. Fans discovered Delibird’s unusual ‘Present’ move in the source code, which means its likely to be released at Christmas.
[inart_amp_and_regular_adsense]
We may also get an increased spawn of some Pokemon. If take a hint from previous events and a recent interview with Express Online, Ice Type may become more common and perhaps more Gen 3 Pokemon.

“The most important things for us when it comes to the Weather feature is that we enforce it is an AR feature.”

“This isn’t something we want to make up, so we don’t want to virtualize snow for instance, in Los Angeles. We want the weather (in Pokemon Go) to reflect what the weather’s like outside..”

“That being said, if there are Pokemon that might spawn more often in the snow, you might still see them through events showing up because of the event, rather than because it’s snowing outside.”

Legendary Ex Raids are also planned on Christmas Day. Invitations have been sent out to Trainers.

Groudon has also been released as a Raid Boss.