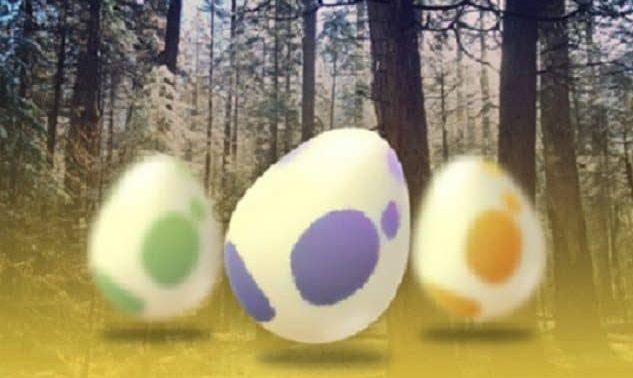 Egg species is determined according to hidden rarity ‘tiers’ that are not the same as the egg distance tiers (i.e. 2 km, 5 km, 10 km).

We’ll take it one step further and show the tiers we believe we have identified and the species therein.

Their researchers have been collecting egg data for many months and have observed several changes to the egg species distribution. For this study, they focus on eggs acquired after Halloween.

5,945 eggs were collected post-Halloween before the launch of Gen II. Here is the breakdown in frequency, by species:

The above visual immediately hints at the tiered nature of egg species distribution. Additional analysis lead them to believe that there are four rarity tiers at play, each 2x as common as the one before, which they have named:

The average hatch rate in each group almost perfectly follows a ratio of 1:2:4:8. The split of RARE and ULTRA-RARE unfortunately isn’t as evident in this graph. However, when combining these two groups, the frequency counts do not seem to follow a binomial distribution.

With the 1:2:4:8 ratio in mind, Silph Researchers examined known periods of changes to egg rarity, to confirm whether the rarity tiers held – they do.

So which species are in which tier? Pre-Gen II, this breakdown looked like this:

Though Gen II has only been live for a few weeks, the Silph Research Group has been hard at work cracking the new rarity tier distribution. At time of publication, they have collected 2,514 eggs, which is sufficient to be confident in the COMMON / UNCOMMON tier species, with a few final ambiguities in the RARE and ULTRA-RARE tiers.


For those curious at how the data is shaping up, however, here is their best guess at this point:

These rarity tiers represent a major breakthrough in our understanding of egg species, travelers. Not only does this knowledge impact buddy selection criteria (e.g. Dratini is likely to hatch – there’s now much less need to walk yours!), but it helps place far less significance on the 2 km, 5 km, or 10 km egg attribute as a whole.

Best of luck in your egg hatching endeavors.