Blood and Truth: One Of The Best PSVR Game

Blood and Truth is a decidedly British PSVR game that plays out like a Guy Ritchie flick. It’s a grime-filled love letter to the kind of action pieces Vinnie Jones and Jason Statham flourish in – only you get to be the star of this one instead.

It’s a PSVR-exclusive on-rails shooter developed by SIE London. VR gaming is full of these kinds of games – you teleport from cover to cover and shoot at legions of enemies – but none of them are quite like Blood and Truth. For starters, this one actually works.

When played with two PS Move controllers, it’s a fluid and natural game that never misses a beat. Moving your arms just feels good in the game. The gunfights feel chaotic, but the motion controls are tight enough that I always felt like a badass capable of clearing the room after my next reload.

At one point the game lead me to a DJ booth in a disco where I fought swarms of enemies while simultaneously operating a turntable mixer and pyrotechnics board. I must have looked ridiculous to anyone watching me grin like an idiot beneath my PSVR headset. I pantomimed shooting with my left hand and record scratching with my right. All the while dancing to the beat and dodging virtual bullets. I can’t help but smile now as I remember how immersed I was in that amazing moment. 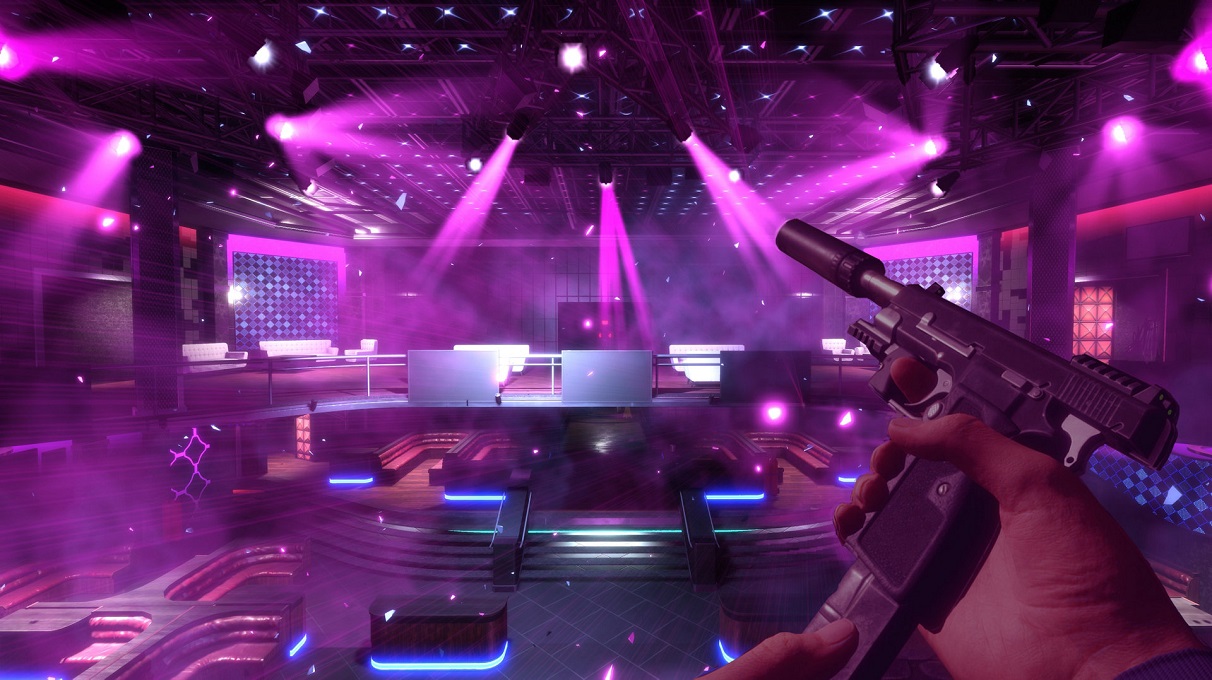 VR‘s all about immersion and Blood and Truth gets it right at every turn. The graphics are top-notch for VR and feature enough stylization to keep you in the moment. The voice-acting is nuanced enough to make you wish the dialogue-heavy action breaks lasted a bit longer. But most of all it’s just so very British. After a couple of hours in the game I wanted to download some grime records, watch “Snatch,” and tell people to piss off.

And that’s not a good thing, it’s a great thing. I’ve been yearning for an experience like Blood and Truth since I put on a VR headset for the first time. I want to be transported somewhere else where I can be a different person and experience slices of their life like it’s an amusement ride. This game gives me that. For a few hours at a time I can be a slick British gangster-type who vapes, DJs, and slaughters London‘s villains by the scores.

There are a few things holding Blood and Truth back, however. Despite having a great story and wonderful pacing, it still feels like a guided tour of the game’s various set pieces. You’ll remember the glorious bits long after you’ve doffed your headset, but it’s a paint-by-numbers action movie story that breaks little ground in the genre. In essence it commits the sin of being better than most VR games but, ostensibly, an effort SIE London probably would’ve beefed-up significantly were it released as a traditional 2D title.

Simply put, this is a great game for VR and it’s among the platform’s best action titles. But there’s still too much breathing room between PS4‘s best games and PSVR’s. Don’t let that discourage you. Blood and Truth also doesn’t cost as much as a AAA 2D title – it’s $20 cheaper at $39.99, and well worth it.

Sony’s PSVR is having a bit of a moment in the sun right now. With last week’s launch of Everybody’s Golf VR and this week’s debut of Blood and Truth, it’s landed two bonafide must-have titles in a row. If you’ve considered buying one, but were afraid there weren’t enough games worth playing, it might be time to reconsider.

If Blood and Truth is any indication of what’s to come, PSVR is the virtual reality gaming platform to beat.