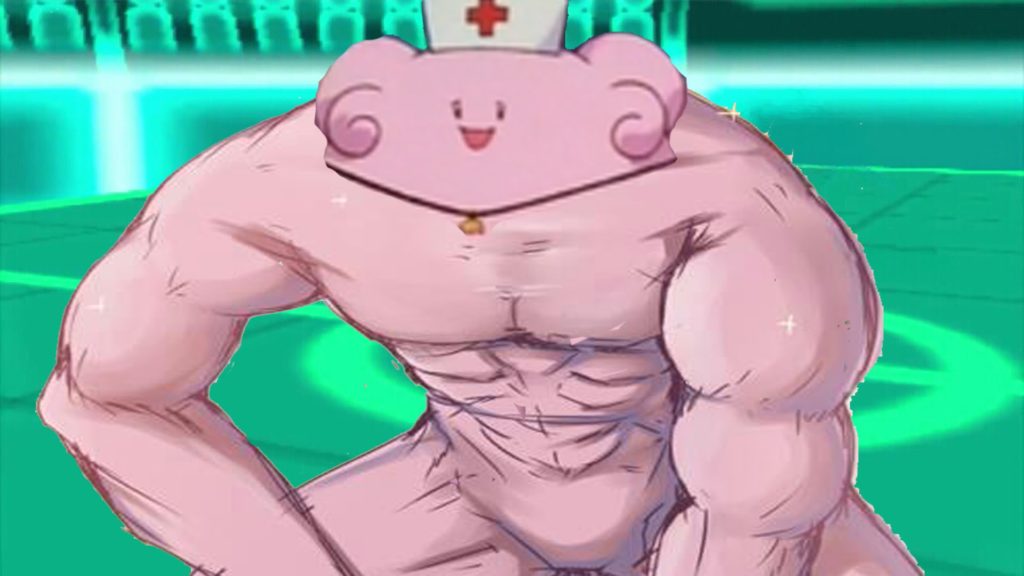 Months before Generation II came out, many trainers had Chansey as their buddy, which comes as no surprise – Chansey is very rare to spot in the wild and it’s even rarer to hatch it from 10KM eggs. And it evolves into Blissey, the meta defining HP powerhouse.

The beast with many names, the devil of Gym defense. Blissey has defined the current DPS and CP heavy meta game. You can’t simply bring superior typing to a Blissey fight, you need to bring your biggest gun, your biggest CP Pokemon.

Blissey is the best gym defender since Generation II was released for the following reasons:

Much like Tyranitar, Blissey is weak against FIGHTING type attacks and it receives double super effective damage in gym battles. However, our experience has shown that even perfect IV Machamp or Heracross hardly stand a chance against Blissey.

NORMAL type attacks do full damage to Fighting typed Attackers, and the additional downside is that Fairy and Psychic attacks type do super effective damage, resulting in a complete beat down if you fail to dodge a charged move.

Our research showed the following:

In future exploration we found that there is indeed a sleeve of viable Blissey counters, mostly ROCK typed:

In conclusion, if you don’t have near perfect attacking Dragonite or Golem you are going to hate that Blissey in Gym.