Lately, a lot has been happening in Pokemon Go, from Gym revamp in the second half of 2017 to Raid Battles been introduced, Legendary Pokemon were also let loose and now we are seeing a slow rollout of Gen 3 Pokemon. This week 23 new Gen 3 Pokemon will also be available in the wild.

Niantic officially announced that the new Wave of Pokemon will be available from Tuesday, no details about the Pokemon were revealed, but Pokemon Go Reddit community has already identified all 23 Pokemon.

New Gen 3 Pokemon, appear to be Rock and Ground-types from the Hoenn region. 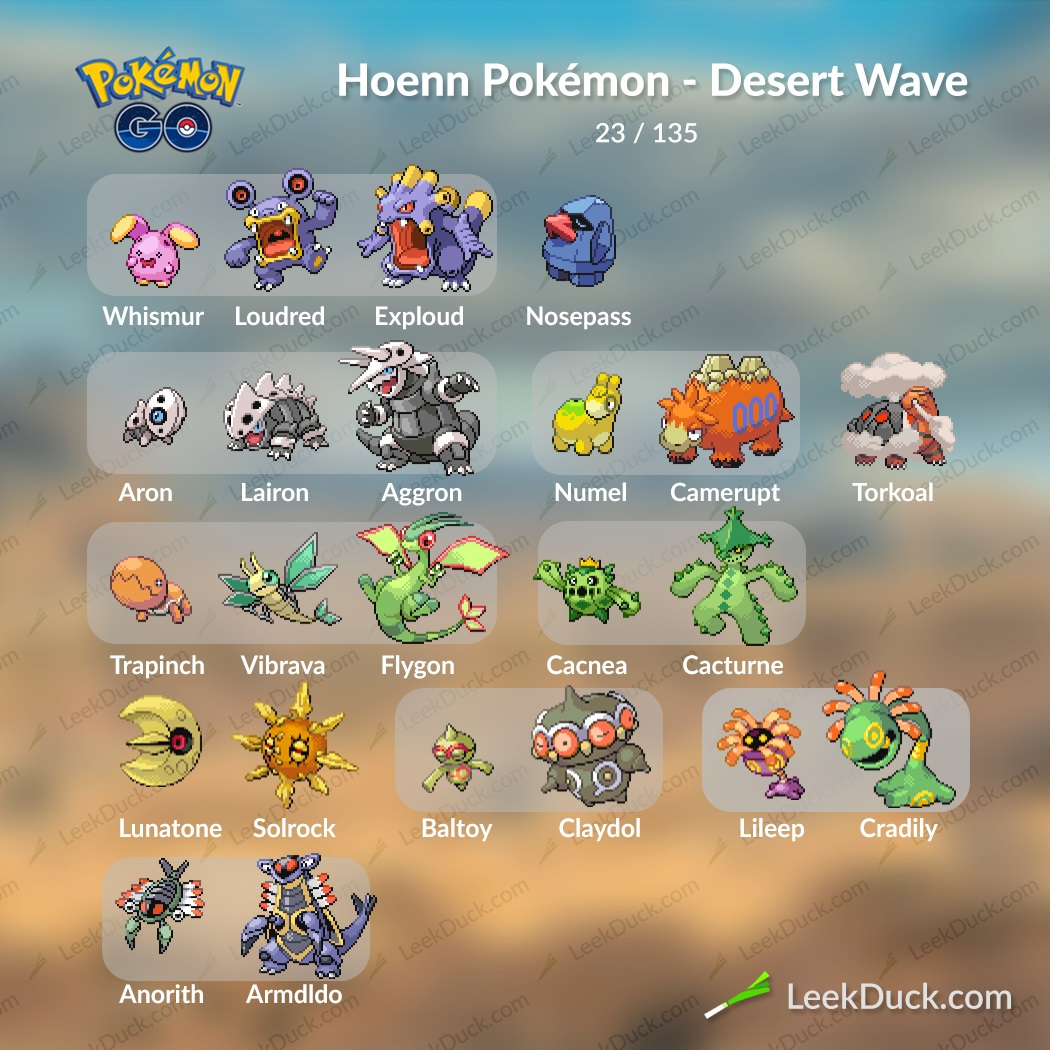 The highlight of this new release is Aggron, as it has a high max CP with good attack and defense stats making it a choice for fighting Gyms or Raids. So go focus on Aggron now.

Dragon-type Pokemon Flygon is also fairly strong and can be used as a second-team attacker, and Bug-type Armaldo could also serve as a decent attacker.

Details about these creatures are still to be discovered but Niantic revealed that  Lunatone and Solrock will appear all around the world, but never in the same region at the same time. In other words, if you catch a Solrock in Europe, you won’t be able to find a Lunatone.

Niantic also tweeted that every egg for a limit time will hatch a Gen 3 Pokemon. This last through the end of the month, so you might want to spend this weekend gathering and hatching eggs.