Japanese YouTube channel, released a super mysterious and very strange teaser last week. You can see the slightly creepy, X-Files-type video below, which teases a reveal to come July 19.

The title is translated to read: “Pokemon Mystery Files: A world of Pokemon you don’t know.” Be warned, some spoilers from the games ahead!

Every clip included in the odd trailer is from past main Pokemon games that depict particularly out-of-this-world moments. The music in the beginning originally appeared in Pokemon Gold and Silver when inside the Ruins of the Alph, where Unown reside. The Unown at the end of this trailer spell out, “Is something happening?”

See more translations from the Pokemon Mystery File teaser here, and check out the Japanese Pokemon teaser site, too.

The teaser website features two main images, one with all of the Ultra Beasts introduced in Pokemon Sun and Moon, and the other with the Psychic-type Pokemon Elgyem, which is rumored to have originated from a UFO crash site in the desert.

Serebii.net webmaster, Joe Merrick, seems to know what this all means. 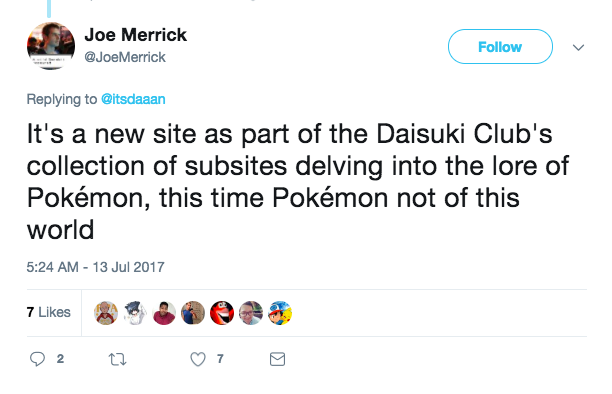 Pokemon Daisuki Club is the Japanese Pokemon Fan Club, based off the fan club found on the games. Members can access special events, products, and content on the website. The teaser is for nothing more than an additional subsite based on lore of Pokemon not-of-this-world, according to Merrick. You can see Merrick’s full thread here.

Though it’s fun to speculate, here’s what the announcement will most likely not be. So don’t get your hopes up, we warned you.

We’re due for another Pokemon Mystery Dungeon soon, as the last one was released back in 2015. There’s even an obvious name correlation with Pokemon Mystery Files, but the footage used is directly from the core Pokemon series. It’d be pretty strange to tease a new spin-off installment with no clues.

This cheeky spin-off still hasn’t made it stateside, but the Pokemon Mystery Files teaser is strictly in Japanese. No point in announcing in the East that a game is coming to the West!

The fourth generation is next in line for remakes, and some of the footage is from Pokemon Platinum, but there’s no way The Pokemon Company would reserve such a huge announcement to only its Japanese audience. Just no. Stop.