Fire type Pokemon have been fan favorites from the beginning of the game. There is a list of all the Fire Type Pokemon that can be found in Pokemon Go.

Currently, there are 35 Fire-type Pokemon in the Pokemon Go, 21 of them are purely Fire-type.

There’s not actually a lot of “Gen 3” Fire-Type Pokemon, and the ones that are there won’t make much of an impact on the metagame. The most interesting part about these new Pokemon are the two that have unique (at least to Pokemon Go) dual-typings that will at least make things a little more interesting. Here’s a look at the Fire -Type Pokemon coming soon to Pokemon Go: The cute little Torchic will eventually evolve into one of Pokemon Go‘s strongest Fire-Type attackers. Torchic’s final evolution Blaziken has a much higher Attack stat than either Charizard or Typhlosion, making it a better attacker than either of those Pokemon.

More importantly, Blaziken is Pokemon Go‘s first Fire/Fighting dual-type Pokemon, a combination that should allow it to counter some of the game’s more common gym defenders. With powerful legs that can kick through Rock-Type Pokemon like Golem and flames that spring from its wrists and ankles, Blaziken should be a popular Pokemon even if it’s not at the same level of high CP Fire Pokemon like Ho-Oh or Moltres. 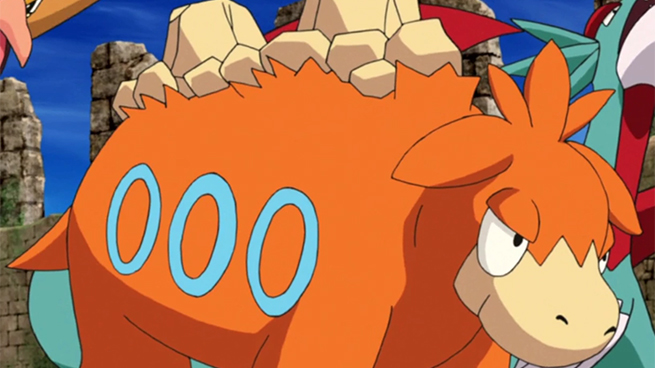 Numel and Camerupt are the signature Pokemon of Team Magma, one of the villainous teams in Pokemon Ruby and Sapphire. However, neither are impressive Pokemon, even if Camerupt is a unique Fire/Ground dual-type.

Camerupt’s biggest strength is its Attack stats, which is still woefully lacking compared to other Fire-Type Pokemon, and it has mediocre Defense and Stamina stats. Camerupt isn’t even a good Ground-Type Pokemon, even if it doesn’t have a weakness to Grass-Type attacks.

We’re guessing that Numel and Camerupt will become common Pokemon in Pokemon Go with limited uses outside of Stardust farming and filling up Pokedex holes. 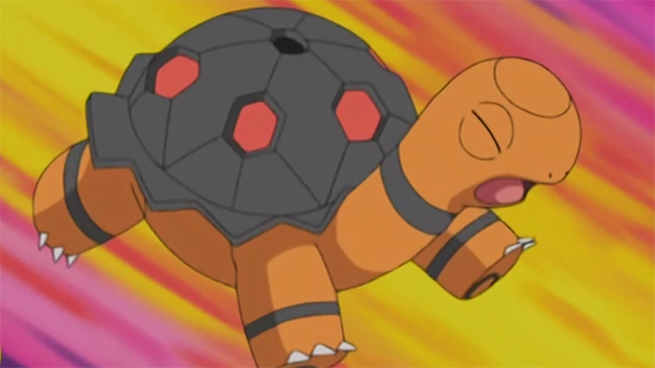 Torkoal may have some limited use as a gym defender, but its low Stamina stat will prevent it from being able to survive too many attacks.

Both Torkoal and Camerupt will probably wind up in the same tier as Ninetales: fun to catch and show off, but not very useful in competitive play.

Omanyte and Omastar collision changed in the latest GAME_MASTER!

Pokemon Go Might Hold Off on Releasing Additional Legendary Pokemon