Every year, millions of visitors flock to Kings Park to enjoy spectacular views of Perth and the Swan River or enjoy its unique wildflowers and flora. But at least some of the extra attendees in a year of record visitation would not have looked up from their phones for long enough to notice any of that.

Last year’s Pokemon Go craze was a big part of a sharp rise in attendance numbers to Kings Park during the financial year, with an estimated 6.3 million people visiting in total.

That was a 12.5 per cent improvement on the previous year and the highest on record.

In mid 2016, the ‘Pokemon Go’ phenomenon saw masses of people descend on the park to hunt “pocket monsters” lurking around the site.

“We had an immense number of people all in pretty concentrated areas.” 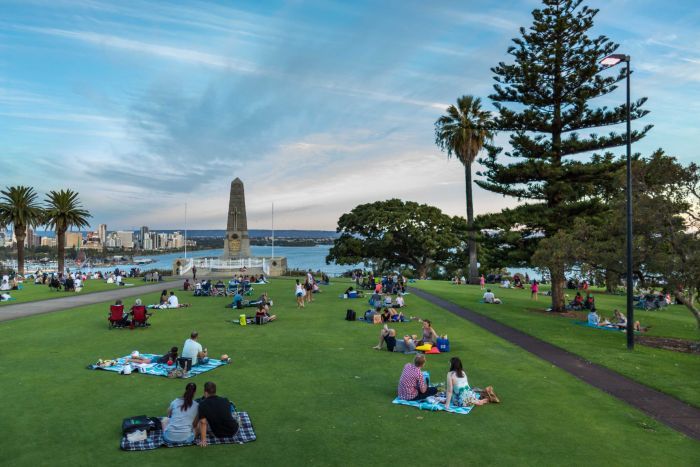 It was not all good for authorities, who had to deploy additional police and traffic management personnel during the craze and then spend tens of thousand of dollars replacing lawn and doing other repairs once it all died down.

Ms Broderick said Pokemon Go was not the only factor in the spike in attendance, saying the ‘Boorna Waanginy’ event which opened the Perth International Arts Festival in February also brought in large numbers of visitors.

“It is a sustained increase right through the year,” she said.

“Of the 6.3 million visitors, about 82 per cent are local people, so the local community visits repeatedly and clearly loves and treasures Kings Park.”

Other Perth landmarks achieved mixed attendance results for the 2016-17 financial year, according to figures provided to State Parliament.

At Perth Zoo, attendance fell 5 per cent from the record level the previous year but the facility still welcomed more than 650,000 visitors.

The WA Museum said 186,000 people attended its off-site exhibitions after the temporary closure of the CBD site last year.