New Pokemon Sun And Moon Expansion Coming To The TCG

The expansion adds over 140 new cards, namely 12 new Pokemon-GX, which have higher HP and stronger attacks than their normal versions. Pokemon added include Alolan Pokemon Necrozma-GX, Tapu Fini-GX, and Marshadow as well as Machamp-GX, Charizard-GX, Darkrai-GX, and Ho-Oh-GX. See two of the new cards below. 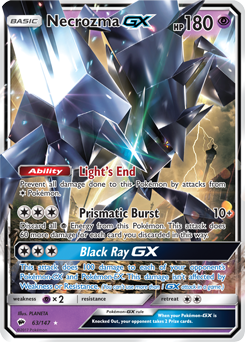 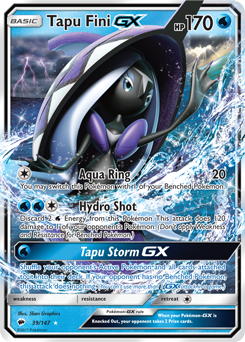 The expansion also adds six full-art Supporter cards featuring “important human characters,” most likely from Team Skull. However, there are no previews available for those cards yet, so it remains to be seen how they’ll affect the kinds of decks you can build.


The Sun & Moon series was released in February with a base expansion that introduced Pokemon-GX and Alolan Pokemon to the game. It was followed by the Guardians Rising expansion in May, which added 12 new Pokemon-GX cards and a number of full-art cards.

In other Pokemon news, Nintendo recently announced Pokemon Ultra Sun and Ultra Moon for 3DS, new versions of 2016’s Sun and Moon featuring an alternate story. Those games aren’t coming to Nintendo Switch, but President Ishihara of the Pokemon Company confirmed during Nintendo’s E3 presentation that a new, mainline Pokemon RPG is in development exclusively for the Switch and “may not release for more than a year.”

Rayquaza and Other Pokemon From The Hoenn Region Coming Soon