For one, she turns 84 this month, and has captured 370 Pokemon — 237 types in total, save for those available outside of Singapore — on her iPhone 7 Plus, which was a Christmas gift from her grandson.

Hunting the critters has also helped the grandmother of nine and great-grandmother of one stay active and fit. Mdm Tan reckons she spends an average of at least one to two hours daily playing Pokemon GO since March this year.

She plays once “her eyes are opened”, “after dinner when the sun sets”, and after hour-long qigong sessions where she leads a group of 30 to 40 elderly six times a week.

After having morning tea with her fellow qigong attendees, she cycles — with her smartphone strapped in place — or walks around Chinese Garden in Jurong East for about an hour, all while “catching different PokeBalls and Pokemon”.

The avid Pokemon GO player stressed however, first, she looks out for incoming traffic as well as pedestrians because “safety’s first”.

Pokemon GO, an augmented reality game involving players searching for and capturing characters from the Pokemon franchise on their mobile devices, launched too much fanfare in Singapore on Aug 6 last year.

The game itself is no stranger to controversy and has drawn backlash all over the world, including over privacy and safety concerns: In the same month, local police arrested a motorist and a pedestrian — who was playing Pokemon GO — after they got into a scuffle.

Mdm Tan was introduced to the game during her family’s countdown party on New Year’s Eve last year, when her eldest daughter, 62, saw that she was bored.

Speaking in Mandarin, Mdm Tan explained: “The more I learnt about the game, the more my interest grew. For one to two hours, I wasn’t feeling lonely and was playing the game intently. There was a performance on the beach and I didn’t even watch it!”

“I need to catch a lot of Pokémon for points (to reach the next level). I also battle out at Pokémon GO Gyms with red birds, white birds, and blue birds. I have caught all sort of birds… If there are cats, I will catch; if there are dogs, I will also catch,” she quipped.

The active senior — who also finds time to help out at Yuhua Community Club’s events — remains undeterred and is currently aiming for her next milestone: Level 35. 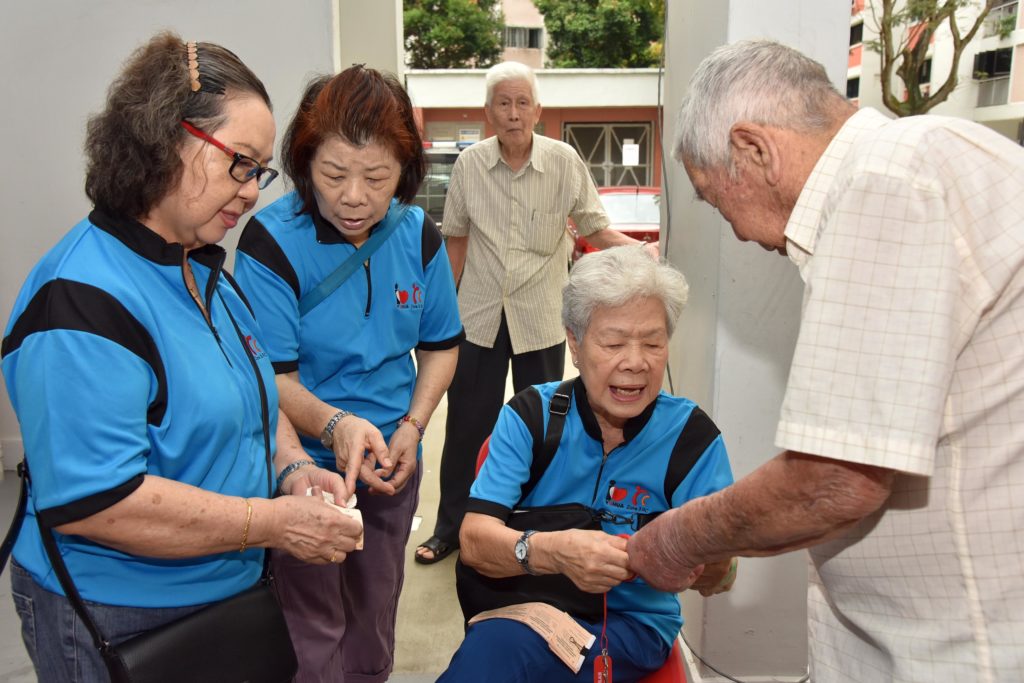 “There’s a lot (I find cute) though I don’t know how to pronounce most of their names because they are in English. There’s one called Blissey, a fat female character that has a longer lifespan and is good at attacks. There’s “Ah Pui” (fat in Mandarin) (Snorlax)… There’s (a new version of) Pikachu that is male and wears a cap.